is creating Stories, Community, and Love 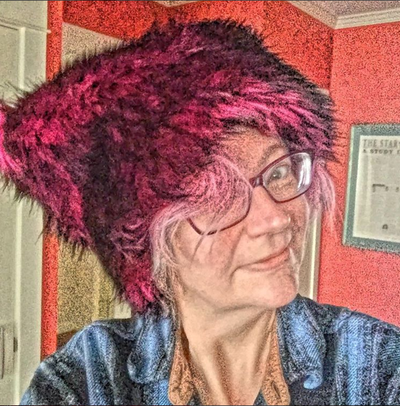 You're helping fund the production of fiction. This gives you access to a new story or chapter each month, occasional glimpses of early drafts of new work, snippets from what I'm currently writing, and other random behind-the-scenes stuff from Chez Rambo. 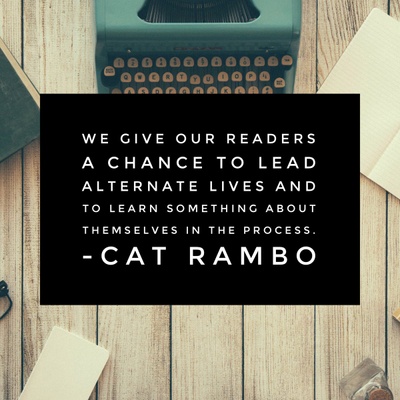 Come in and sit a spell. All lower tier rewards plus access to a private Chez Rambo Discord channel for discussion of books, F&SF, writing, and random pictures of baby goats. 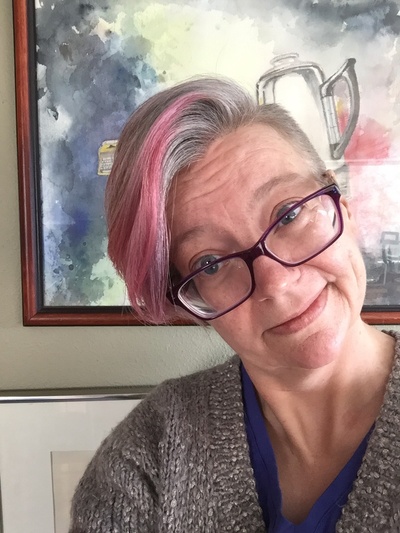 $10
per month
Join
or save 10% if you pay annually
All lower tier rewards plus Rambo reading as soon as it's available.

Hello! You're checking out this page because you're considering supporting me on Patreon. Here's some of the reasons that you might want to.

You want to learn from me -- or at least be able to consult me from time to time.

You like the things I do for the community and want to help me keeping doing them.
While I don't toot my own horn a lot, I will for a moment here. Among the more constant efforts that I'm involved in, I maintain Twitter lists for non-binary and female creatives working in fantasy and science fiction as well as a yearly round-up of awards eligibility posts. I make sure the Rambo Academy classes and server are available for everyone in the form of supplying the Plunkett scholarships. I work at providing up to date resources for new writers on my Youtube channel and blog, and a chance for any writer to promote themself via a guest blog post. I even write an occasional post myself.
Overall, I actively work to support independent publishing and to signal-boost my fellow writers -- and to set a good example of community mentoring and leadership: attentive, patient, working to stay informed, and sedulous in efforts to acknowledge and promote the efforts of others, particularly the volunteers whose hard work keeps our community running.

You simply enjoy the absurdities that result from my somewhat unserious take on life and want to make sure you don't miss any.
Special patron-only content includes posts about story inspirations, writing process, f&sf news, and recipes. You'll also see early drafts, doodles, random observations and interesting links, photos of things I am obsessed with, such as cats, coffee, and Breyer horses, and more.


Some Other Stuff That You May Want to Skip; You've Read the Important Things
If you're new to my work, I write both fantasy and SF. Here are some of my favorites: English Muffin, Devotion on the Side (near future SF), Tortoiseshell Cats Are Not Refundable (near future), On the Big-Fisted Circuit (near future, giant fighting robots), Love, Resurrected (fantasy, zombies), Clockwork Fairies (steampunk), Five Ways to Fall in Love on Planet Porcelain (slipstream, Nebula-nominated, trigger warning for sex and violence).

My work has been nominated for Endeavour, Nebula, and World Fantasy Awards.  Most of my publications are short stories, but I'm currently on book four of a fantasy quartet and book three of a space opera series.

I also used to edit Fantasy Magazine, and in 2014 guest-edited Lightspeed Magazine's Women Destroying Fantasy issue. If you were a fan of Fantasy Magazine under my editorship or enjoyed Women Destroy Fantasy, I'm taking advantage of the Patreon milestone as well to set a challenge for all the people who keep telling me they want to see me at the helm of a magazine again. Help me hit the $2500 mark and I'll be able to afford to start buying fiction from other people and putting together a publication known for excellence, experimentation, and diversity. If you're one of the people who come up to me at conventions and wistfully express how much they loved my rejection slips, well then... it's within your power to make it happen by donating and/or spreading the word.

This campaign arose in 2014 as an experiment to use up the backlog of short stories I'd accumulated and see what worked better: traditional publishing or this model. Stories you'll find here include urban fantasy, sword and sorcery, near and far SF, secondary-world fantasy, the occasional piece of lit fic, and who knows what else. Enjoy!

$1,299.93 of $2,500 per month
So many people keep saying they'd like to see met editing another magazine. Here's a chance to put your money where your mouth is by helping me reach the point where I can start buying stories from other authors as well.
3 of 3