I’m Creatrix Tiara, a shenaniganist currently based in Melbourne, Australia.

You may recognise me as a co-producer for Quippings, the eponymous Queer Lady Magician, one of Taylor Mac’s Dandy Minions, an Autostraddle staff writer, a contestant on The Chase or Millionaire Hot Seat, my tweets about Marie Kondo or the Malaysian synopsis of Dora the Explorer, my essay about Ello’s lack of privacy options, my Muslim Beauxbatons Harry Potter headcanon, my quip at Slutwalk Brisbane about “the bastard child of Paris Hilton and Lord Voldemort”, or potentially many other things - including things that haven’t happened yet but will soon. I’ve been around. 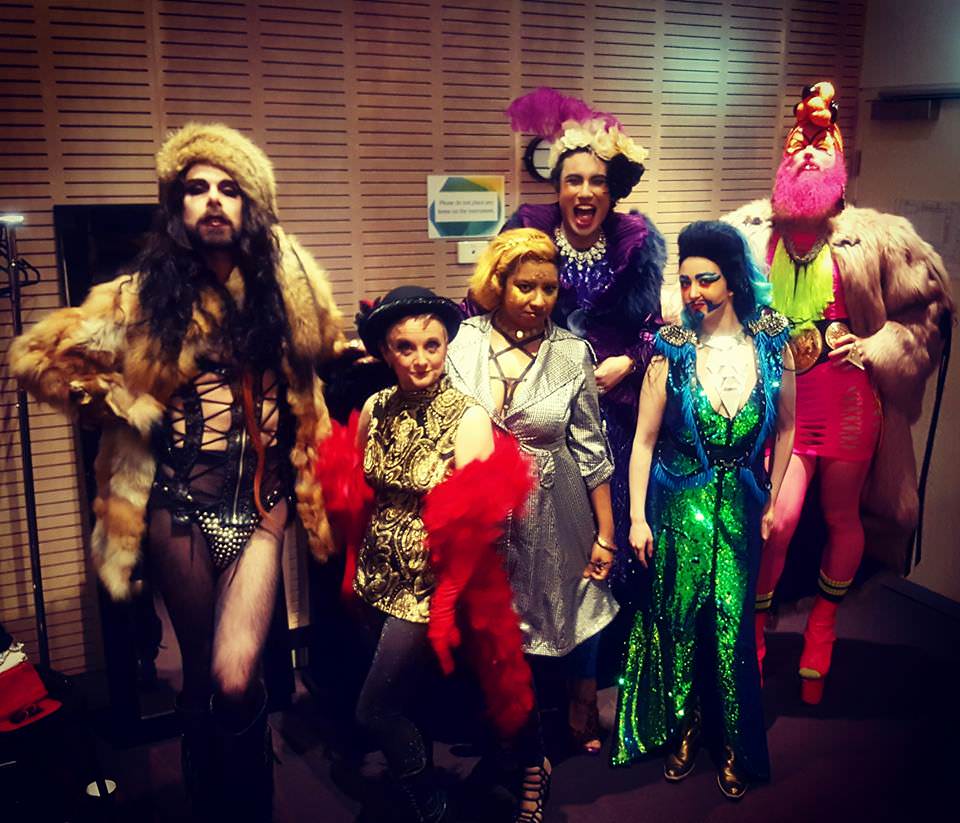 Most of my work explores identity, liminality, and the in-between, particularly as it pertains to my lived experience as a queer genderqueer immigrant femme of colour with mental health conditions. Other topics of interest include pop culture, education, youth empowerment, fandom, technology, travel, business, and various others. I usually pick my form based on what I wish to explore and which opportunities are available, and often incorporate multiple forms at once.

I also work with a lot of organisations and groups worldwide that explore similar issues, particularly those that work with communities marginalised by race, immigration status, gender, sexuality, and/or disability (though not exclusively). Some notable examples include The Village Festival, Quippings, Freeplay Independent Games Festival, Autostraddle, Lesbians Incorporated, Yoni Ki Baat, Center for Sex and Culture, the Global Fund for Women, SOMArts, Vulcana Women’s Circus, and much more.

I really enjoy getting up to fun, strange, unusual adventures, especially when it incorporates other people in my communities. Organising a surprise birthday afternoon tea for a local arts legend, performing as Marie Kondo’s queer counterpart, potentially having something to do with a secret society…maybe…

You can learn more about my work here or see my full portfolio here.

Sensitivity Reading for the Stage

Research into adapting concepts of sensitivity reading, cultural competency, script development, and similar work towards theatre and live art, in conjunction with the Centre for Dramaturgy and Curation.

Advisory and mentorship work for 2019. Core organiser 2018 and 2017, marshall 2016. Have been involved with Slutwalk around the world (Brisbane, Sydney, San Francisco) since the very beginning.

The Love and Luck Podcast

Volunteer Manager for 2018 and 2019, also stepped up for other production and organisational work.


Where Does The Money Go To?

Patreon is one of my main regular sources of income. It goes a long way into being able to cover expenses both for creative projects and personal use - for example, buying sewing materials for the stack of costumes needed for Taylor Mac, or paying for transportation to get me to performances on time while carrying props.

Many of the projects I'm involved in are very grassroots, self-funded endeavours that don't tend to pay a lot. They're worth doing because they match with my values and provide a strong sense of community, but there's still material costs to consider. Having Patreon support allows me to continue taking on these projects without too much stress on my finances - and in a way support my peers and community.

How Does This Work?

When you pledge to me on Patreon, you will be charged for your chosen amount per month. This can be as low as $1, or as high as...well Patreon doesn't really say, and I doubt it's infinity, but you could try. You will be billed for your patronage per month.

Thanks for your support, feel free to contact me whenever, and see you soon!