$1
per month
Join
This is a great way to show your support if you've played and enjoyed our earlier games, which are freely available on Crystalshard.net. Thank you! You'll also get access to my Patreon activity stream, where I'll post about new games and updates to previous games as they become available.

$5
per month
Join
As Crystal Patron of the Arts, you'll get Behind The Scenes information. At least once every other week, I'll post an update about what I'm currently working on, so you can see the games grow and develop. When we're looking for artists, composers, or voice actors, you'll be the first to know and you can audition with priority.

Furthermore, we are publishing several of our games on Steam and Itch.io. Each time one is released, you'll get a free key to play them with.

$10
per month
Join
Monthly Chat Session for Supporters! Once per month, we'll get together in a cosy corner of the Internet to discuss game design and world creation, and you can ask me questions about anything.

In addition, you will be personally listed in the credits of the game I'm currently working on. And, you'll get Behind The Scenes information and Steam keys as above.

I've been creating games for more than ten years; I do the design, writing, and programming for  Crystal Shard while my international teammates do art and music. Our most renowned game is Heroine's Quest: The Herald of Ragnarok, pictured above: a retro-styled adventure/RPG hybrid released in December 2013, and recently ported to Linux. Set in the rich world of Norse mythology, it lets you explore the frozen forests of Jarnvidr and the eerie caves of Svartalfheim, and pits you against trolls, duergar, and a mighty frost giant planning to cover the entire world in ice. Heroine's Quest was voted Best Game of 2013 in the AGS Awards, 69th Best Computer RPG of All Time by RPG Codex, and has received recommendations from famous designers Corey and Lori Cole.


Also, HQ is free. Completely free. It is a labor of love that we enjoy sharing with the world, and to us it's literally priceless. Since its release, many people have said that they would happily donate money to support us in creating more quality games like this. Therefore, I've started this Patreon campaign for our fans. 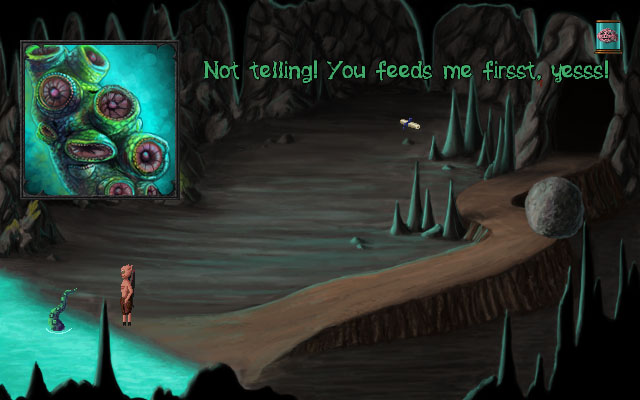 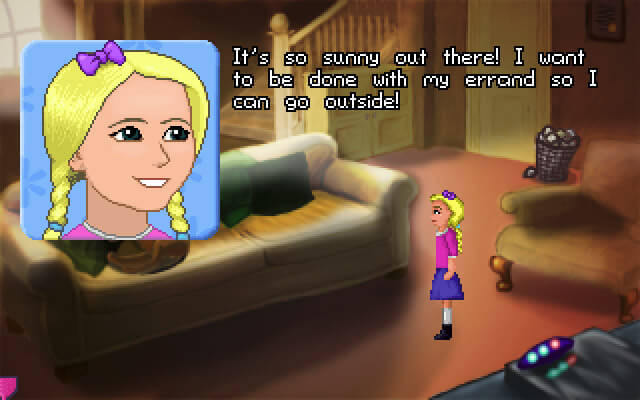 Our earlier work ranges from the puzzle game  SubTerra that started it all, and from the epic fairy tale A Tale of Two Kingdoms, to several short adventure games. We believe in non-linear games that give the player a world to explore, where the good ending can be reached by casual gamers while providing some optional but intriguingly difficult puzzles for expert players. Many of our games are also available in German, Russian, Spanish, and several other languages. Finally, we include Linux support for our games, and are looking into Mac and Android support as well.

Our current project is the strategy game Leylines. This is a 4X game, a turn-based strategy game of exploration and conquest. A work in progress, the game features 150 different units and 80 different spells, customizable heroes and a map editor. It is expected in spring 2017, and we will be working on a new adventure game afterwards. We may even do a sequel to Heroine's Quest if there's enough support for that.

Read on and see how you can support Crystal Shard, and what we offer to our Patrons in return. Thank you for your time, and you have my personal thanks for any support you can give us.
-- Pieter 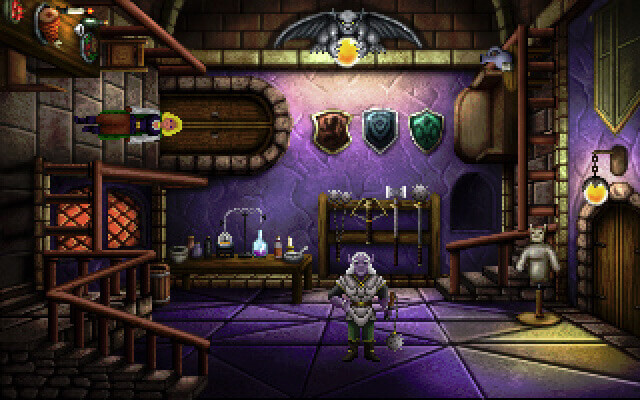 You'll get Behind The Scenes information. At least once every month, I'll post an update about what I'm currently working on, so you can see the games grow and develop. When we're looking for artists, composers, or voice actors, you'll be the first to know and you can audition with priority.

Furthermore, we are publishing several of our games available to Steam and Itch.io. If and when that happens, you'll get a free key to play them with. 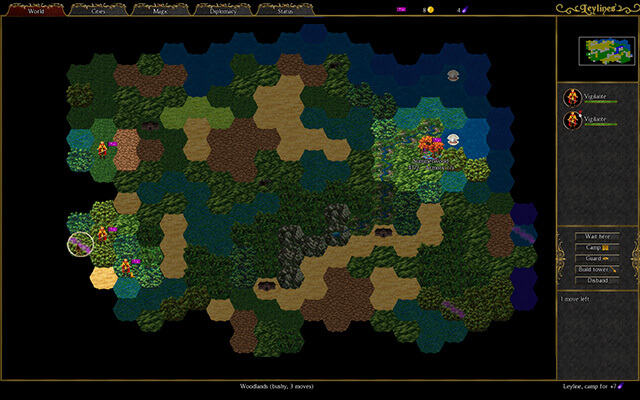 Accredited Gemstone
Once per month, we'll get together in a cosy corner of the Internet to discuss game design and world creation, and you can ask me questions about anything. These discussions will be a significant factor in deciding future projects for Crystal Shard. In addition, you will be personally listed in the credits of the game I'm currently working on. 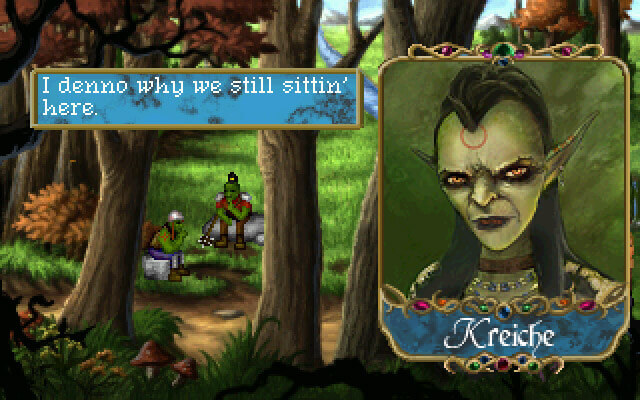 Crystal Ball / Beta Access
You will get early access to a playtest version of my games while they are still under development, and your feedback will be influential in shaping the game. As most of my games (other than adventure games) include a level editor, you can try your hand at Level Design and have your personal levels included in the official release.

Furthermore, you'll be credited as Beta Tester or Level Designer, plus all of the above rewards. Of course, designed levels must be of good quality to be part of the release. 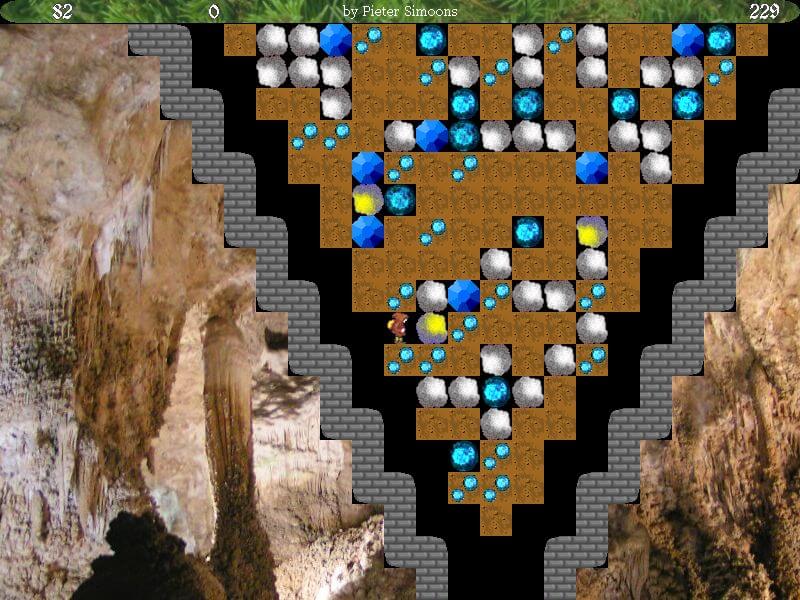 Crystal Cameo!
You'll appear in my next game as a graphical Cameo Character, who will be placed in a corner of the game world and speak to the player, giving hints and/or shout-outs as specified by you! You can outline what the character should look like and what he or she should say, as long as it fits the setting and doesn't contain inappropriate language.

And of course you'll have my heartfelt thanks, as well as everything from the earlier tiers, including Credits, Beta Access, Chat Sessions, Behind The Scenes information, and Steam keys. 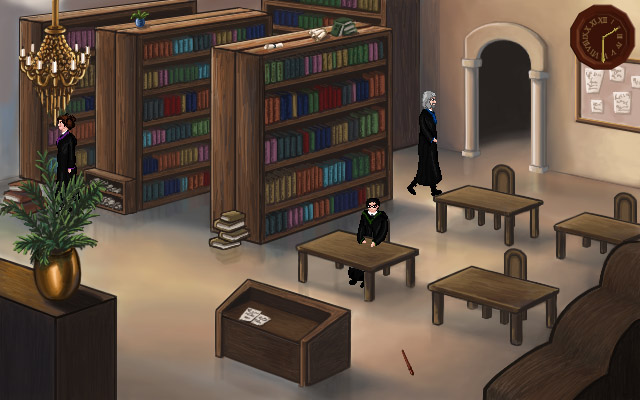