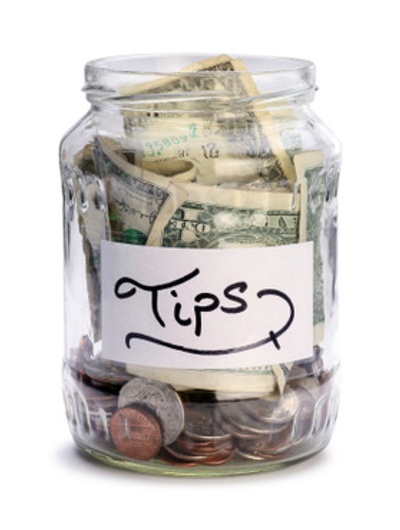 $3
per month
Join
AKA the The Donation Tier.
Please know that I greatly appreciate your tip! 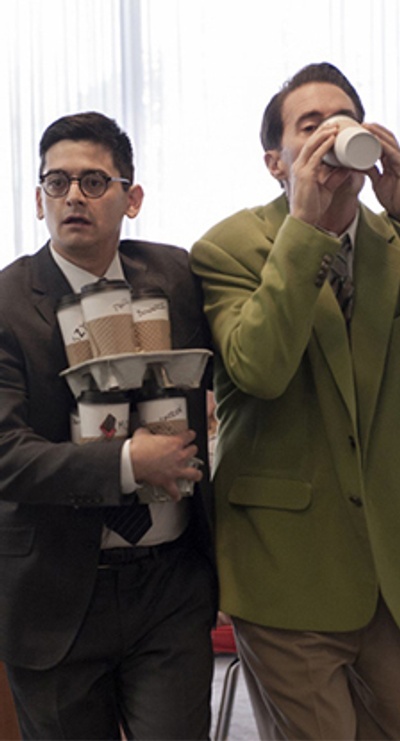 $4.99
per month
Join
You're a person who rocks. That's why your questions get answered on priority, on the podcast! You buy me a latte every month because a starving artist shouldn't also be dying of thirst! 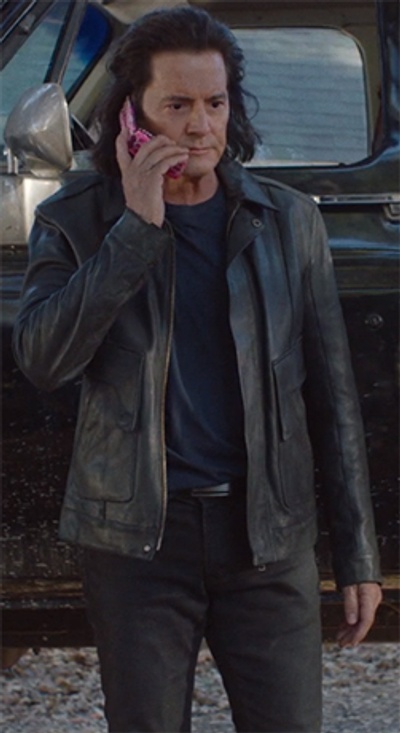 $6.99
per month
Join
You're a person who rules. Pink phone? Even that looks tough when you're in your leather jacket. Heck, it might even be vegan-leather, but no fool is brave enough to ask!

You get voting power on my next moves & early access whenever I can provide it.

Person Who Rocks AND Rules 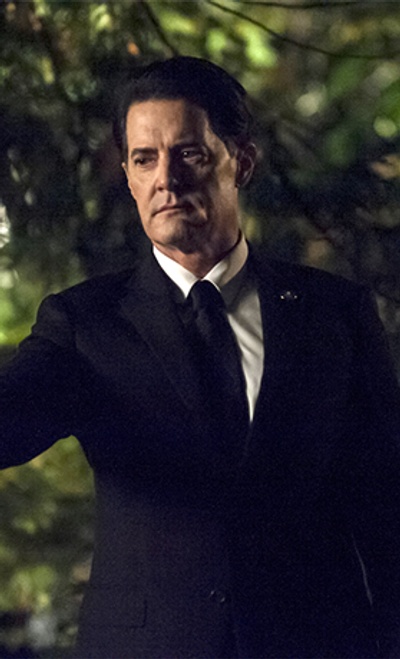 $9.99
per month
Join
You're the one that can do it all. You're at all times funny, dark, and attractive. You take on any role, and always come out on the right side of history. You're also an FBI agent! Who knew?

I'm creating special content just for YOU! And I'm giving you snapshots of other things I've got going on, as well, sharing them early on, when I'd normally be too bashful to share it.
Exclusive Sticker
Fulfilled by Patreon
A big, beautiful, very sticky, square, MCREC sticker!
Global shipping included 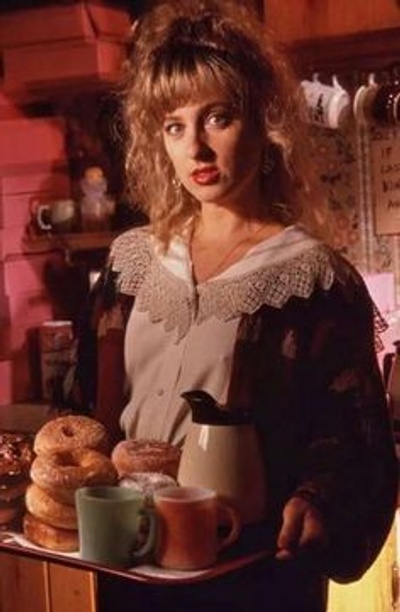 $14.99
per month
Join
As it turns out, only the Pure of Heart can extinguish the most bitter evil. You are the unexpected hero I always needed to show up!
Exclusive Sticker
Fulfilled by Patreon
A big, beautiful, very sticky, square, MCREC sticker!
Global shipping included

In Tune with the Great Spirit 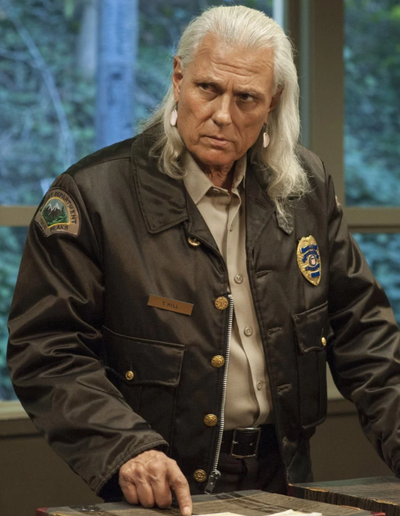 $24.99
per month
Join
You understand the spiritual aspects not only of your surroundings, but of the creative process. The details don't get past you. This makes you an exceptional Patron, well worthy of the extra attention your client provides!
Exclusive Mug
Fulfilled by Patreon
Damn Fine Coffee Mug! (Also works w/ tea, mate & ayahuasca).
Global shipping included 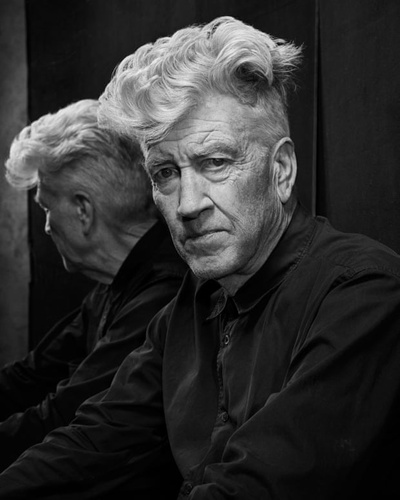 $49.99
per month
Join
You respect creators and their ability to help you realize your happiness during this incarnation within the The Unified Field. Your thoughtful meditations have led you to realize that creativity is among the most important things, and must be maximally rewarded. For you, I give all my heart and soul!
Exclusive Merch
Fulfilled by Patreon
Includes
Global shipping included

I'm Dane Curley, and this is "Me Typing about Myself."

By Donating any amount on any timeline, you support the following "products" of my labor:Additionally, you spiritually support my efforts within the NYC Stand-up Comedy scene, and the toil (I'm serious) that goes into fostering a social media community (which is so critical to the success of any creator in this digital era).

How does your donation "Go to Work"?
I use the money on production equipment, educational resources (including books and magazines that provide content on ny podcasts), multi-channel advertising to get the materials heard & observed, and all-in-all to justify a growing share of time-split between professional and pro-creative pursuits. The more time I can spare, the more content I can create, and I hope my earliest Patrons have already experienced a rising trend in the frequency of content creation output!

--
A little history for the terribly curious:

Professional Actor:
I've been a 'content creator' of sorts since I first began starring in short films and TV commercials at age 10. My first one? A Coca Cola Christmas Party commercial, directed by the legendary Academy Award-winning director of Roma & Gravity, Alfonso Cuaron. (He also directed Harry Potter 3 and Children of Men.) I played the rather stupid son of a Mob Capo on the Sopranos, and had the lead role in a short film that won a Grand Jury Prize.

Underground Rapper:
From there, I followed my passions into music, and over the years I've recorded literally hundreds of rap songs. My introspective, poetic, indie rap album Chain of Events was released in 2010 and is still available everywhere music streams. If you can believe it, I'm acknowledged in some extra-American locales as a genre-defying pioneer, one of the first experimenters with the cross-sections of Electronic music and Hip Hop. But you don't have to believe that, and all the websites where my music was popular are, like digital Tibetan sand paintings, virtual dust in the wind. (A few electronic-inspired singles can still be found on YouTube and there's this dark-electro jam on Spotify.)

College/Military:
I did end up taking a break from creative pursuits to get a Bachelors degree in Political Science from a state university in NJ, and for some short period of honorable service experience enlisted military life in the US Air Force. Both experiences color my personality, and I'm proud to have "taken the oath" to serve during wartime (even if I did not serve long, or in war, as greater men and women must).

Stand-Up Comedian:
I've been telling jokes on stage for several years, and I'm on the level now where I mostly know what's funny before I get on stage. I can tell you a lot about the craft and how difficult it is. My funniest bit, Long Hair Drugs is on Spotify. More bits are finished, and generating laughs, but it's tough to record them in front of live audiences during the coronavirus pandemic.

Writer:
I started writing song lyrics when I was in elementary school. Eventually I became a sports journalist for MMA, Boxing, and Strongman competitions. (I actually interviewed the World's Strongest Man at the time.) More recently, I've been writing science fiction. I'm focused on short stories, because they are easier to finish than anything longer, and I have so much in this noggin that needs to come out. But a novel is in the cards. My story "HOLY CRISIS" is published in Issue #4 of Infinite Worlds Science Fiction magazine, a beeeeeautiful art-packed magazine that's taking the SciFi world by storm. Today, I manage the editorial space on Karate.com.

Podcaster:
After such phenomenal feedback from my time on former UFC fighter Jonathan Brookin's short-lived by much beloved podcast "The Work", I decided (with pressure and encouragement) to start my own. My podcast is called Me Clicking Record, and it's the chance to meet the real me, unscripted. I'll put you onto great songs, books, movies, and their even greater creators. And by the way, I'll get you to laugh without sacrificing your intellect to the unholy hordes! And since I know a thing or two, you'll get actual, useful life advice! (Really?) Yes.

Live Podcast Host:
Recently, MCREC has spawned a Live spin-off called "Me Clicking RECord:Callin", and it can be found exclusively on the Callin app. It's an incredibly good time for me and my live audience together, and I encourage you to get the app, subscribe, and Call in.

So what do YOU want more of?
Support me and I'll make sure, just for you, that your top priorities are in the pipeline.

Thanks for being here!