$45
per month
Join
In addition to all the perks of regular patrons, members of the merchant tier may sell 3D prints of Dorkfactory miniatures!
Merchants also get a 40% discount in the MyMiniFactory Store and a special role in the Dorkfactory Discord server.
For more information about becoming a Dorkfactory Merchant, see this post:
https://www.patreon.com/posts/38392859

About The Dork Factory 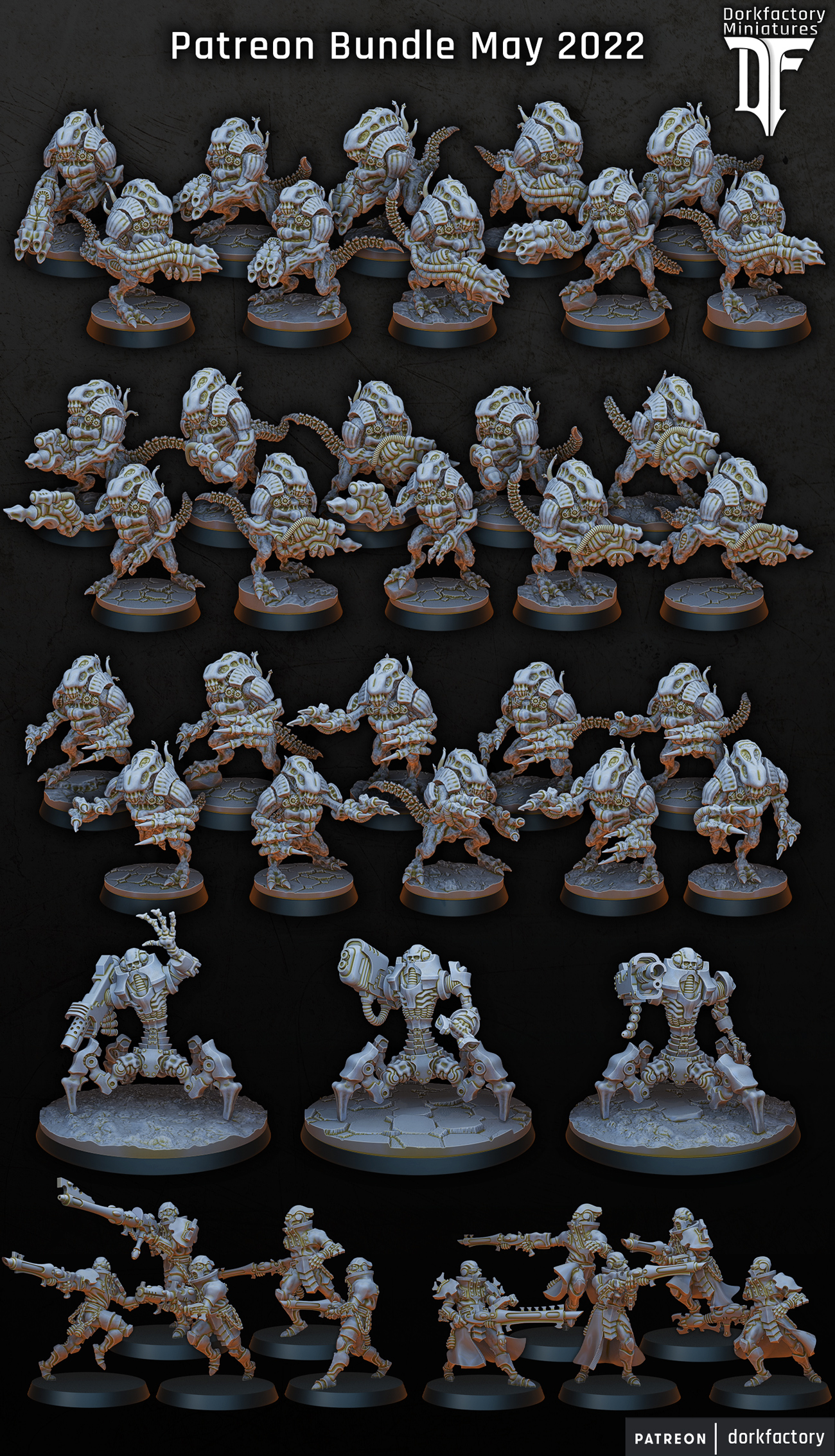 The dorkfactory patreon is about rewarding patrons for supporting the ongoing creation of cool, weird, dark scifi miniatures.
Patrons get access to monthly bundles of printable minis at an extreme discount. The bundles are made up of the new sculpts for that month, plus previously released sets from the dorkfactory vault.
In addition to the monthly bundles, patrons can earn special rewards via The Dorklevel Reward System!

New miniatures every month
Every month, at least one new sculpt is created and made available to patrons. This usually comes in the form of a builder kit but may instead be a group of monopose miniatures or perhaps a larger character or vehicle model. Whatever format best suits the sculpt.

The Dorkfactory Vault
Patrons also get access to the dorkfactory vault, where 2 previously released sets can be downloaded for free. Each month, a new set is added and the set that's been in the vault longest is removed.

Patrons can access special rewards by gaining dorklevels. There are multiple ways to level up and new ways will continue to be added over time. Each time you reach a new level, you will gain access to that level's reward.

Ways to level up: 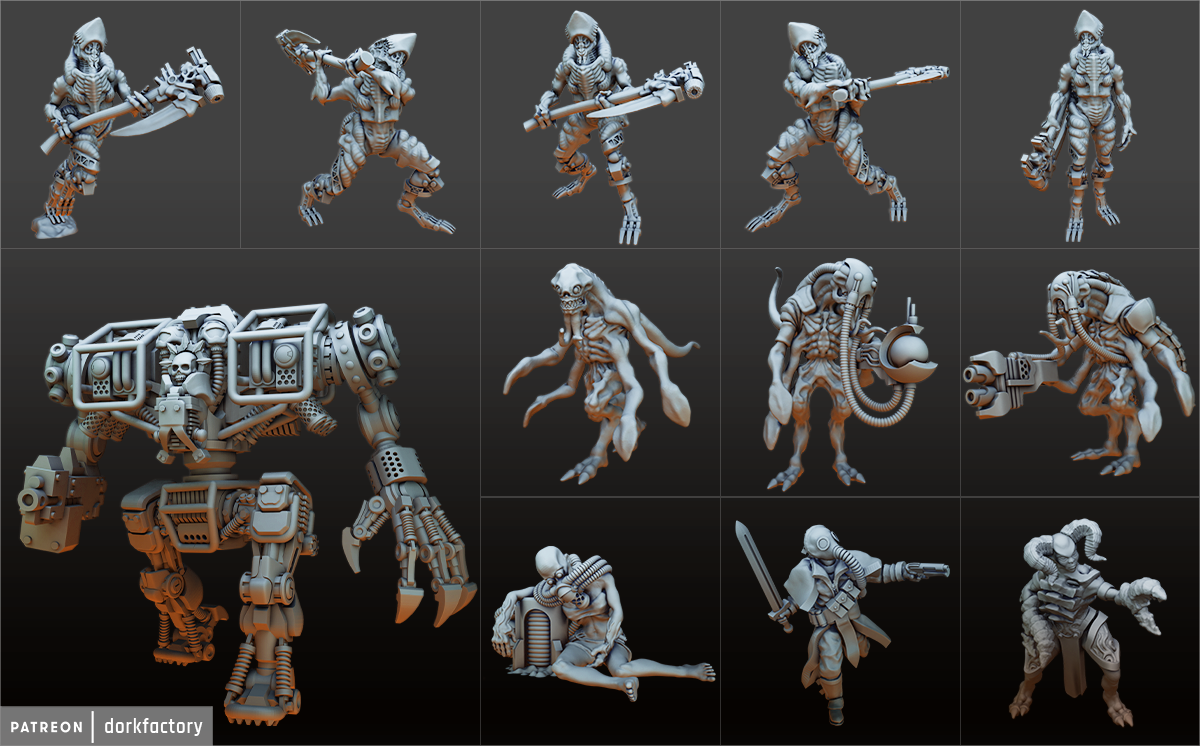 Level 2:
The Master of Summoning 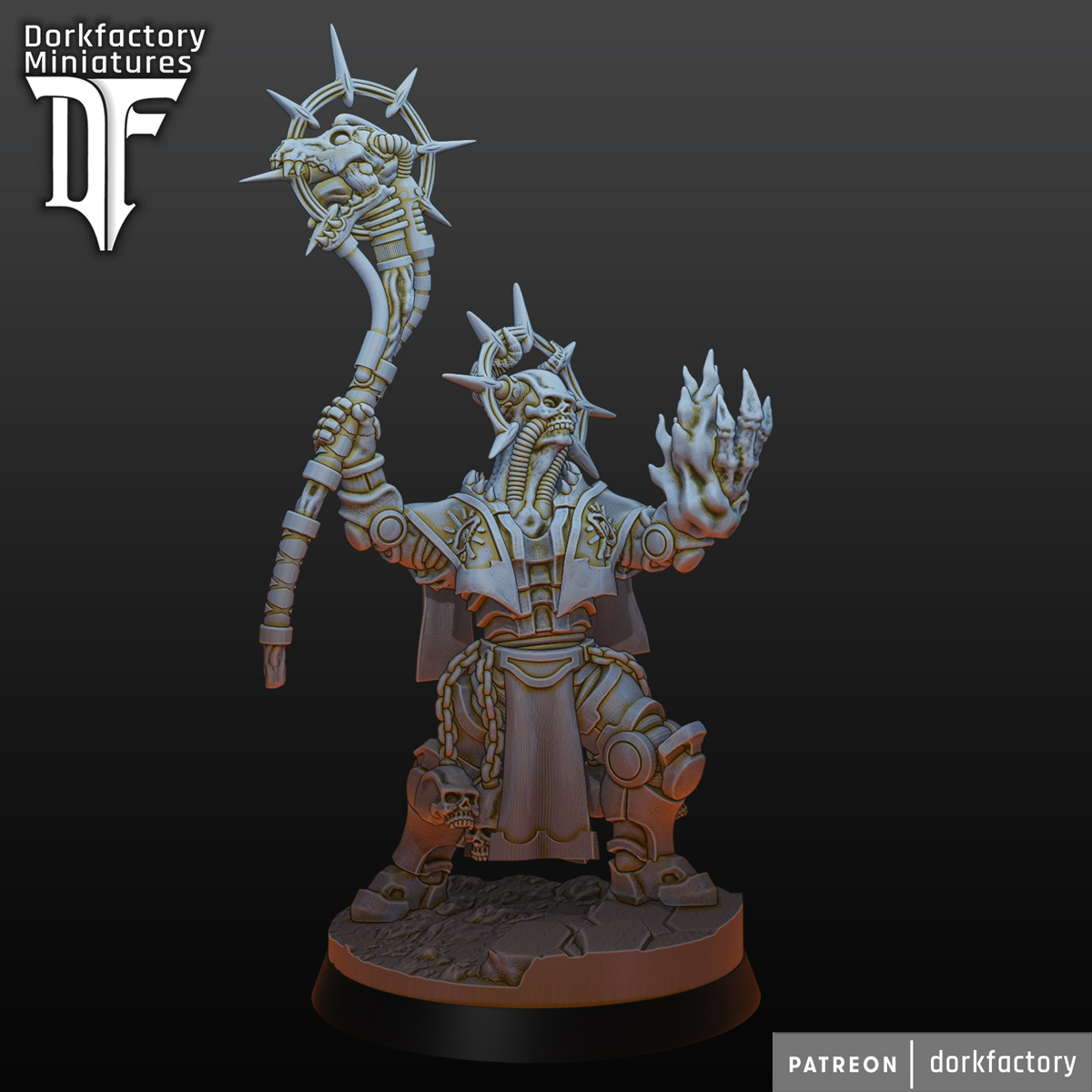 Higher Levels...
More ways to level up are in the works. Some examples are:
Have an idea for a way to level? Please contact the Dorkfactory!

New bundles are released on the 4th of every month. During a given bundle's month, patrons can download it via patreon. On the 2nd of the NEXT month, that bundle is shared via MyMiniFactory with all patrons who signed up for it during its month.
(example: on February 2nd, all patrons from January are granted access to MMF cloud storage for the January bundle).
Newly earned dorklevel rewards are also distributed on the 2nd of the month.

The Dorkfactory Around the Web

dorkfactoryminiatures.com
The main hub that links to the major Dorkfactory presences on the web.
The MyMiniFactory Store
Here you can find the full Dorkfactory catalog. Patrons can use a 30% discount code.
The Dorkfactory Discord Server
This is where the majority of Dorkfactory Community interaction takes place. Printing and painting, chatting about random nerd stuff, printing troubleshooting, works in progress, voting and more!
Dorkfactory on Instagram
Pictures and videos of Dorkfactory stuff!
The Dorkfactory Only-Games Store
Physical prints of Dorkfactory Miniatures!
The Dorkfactory Facebook Group
It's not used a ton but it does exist.
Cults3D
Another way to get previously released Dorkfactory models.

Licensing:
All models distributed via the Dorkfactory Patreon are licensed for personal use ONLY. No sharing or commercial use is permitted.

Happy Hobbying!
It still hits me every single time someone finds the dorkfactory and thinks it's worth supporting. I am infinitely grateful to every patron I've ever had.

150 - reached! patrons
At 150 patrons, the patron discount in the MyMiniFactory store will increase to 30 percent!
3 of 3

Recent posts by The Dork Factory