$1
per month
Join
You'll receive my appreciation, and a "well-wisher" credit in any of my games over 5 pages.

$5
per month
Join
You'll receive PDFs of each of my games as they're finished! You'll also get exclusive access when I playtest new projects. And finally, you'll be credited as a "munificent patron" in any of my games over 10 pages.
Includes Discord benefits

When I fall in love with something, I make it into a game. And that comes out to quite a lot of games!

With your generous support, I develop and publish a variety of roleplaying games -- sagas of swords-and-tragedy, epics of cosmic superheroes with divided loyalties, ballads of ridiculous criminals bonded by truest friendship, and so much more!

I've released seventeen games so far, and six supplements for them. I look forward to many more! 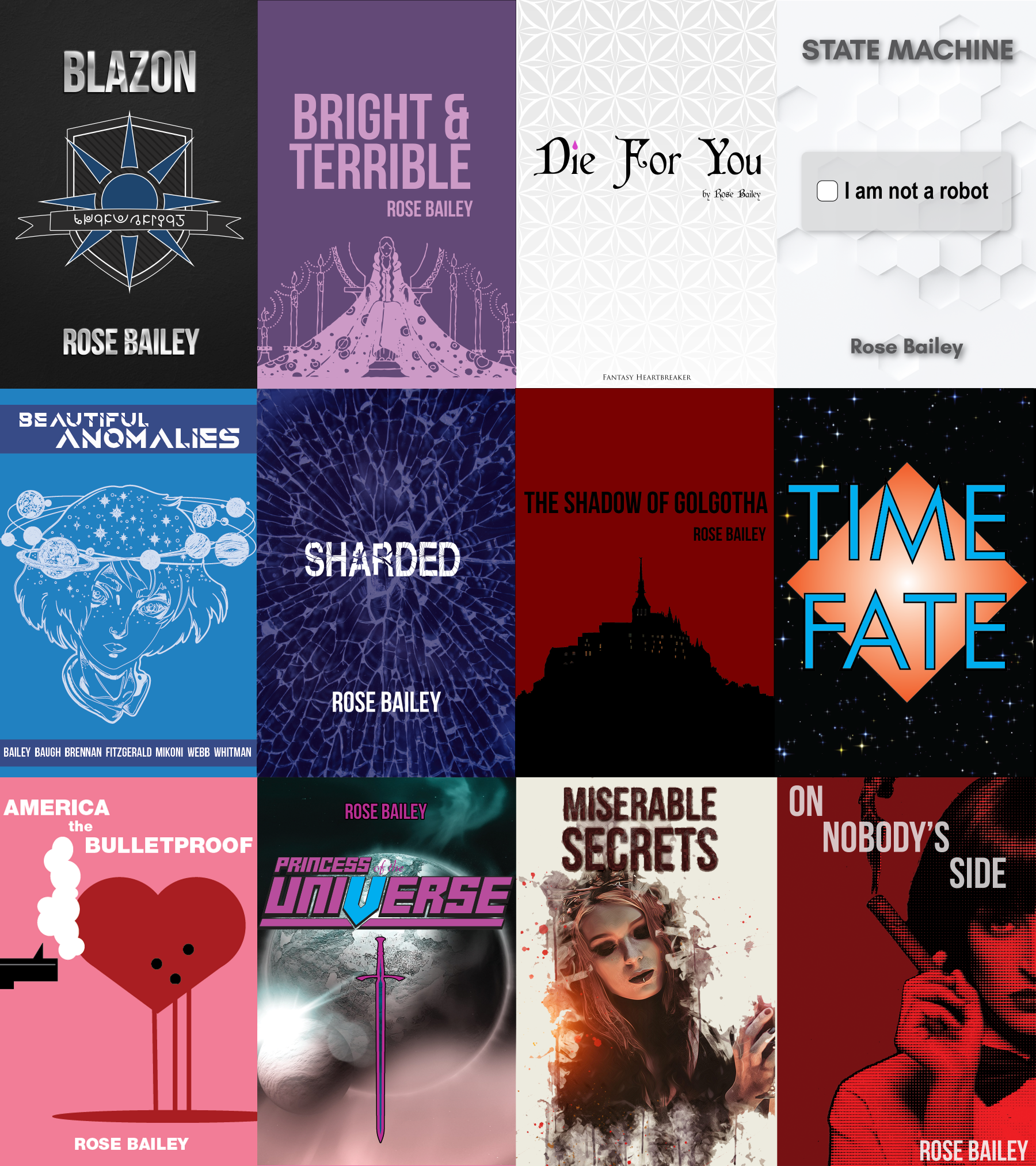 Princess of the Universe is now available to the public! Get it on DriveThruRPG or itch.io!


I'm Rose Bailey, game designer and writer. I've been working in games professionally for more than twelve years, writing or co-writing over two dozen roleplaying books. I was the longest-serving developer of White Wolf's Vampire, including its bestselling second edition.

I also write original fiction, like the adventures of Sasha Witchblood, and my own creator-owned games, like Cavaliers of Mars.

As a video game designer, I've worked on MMOs like EVE Online and The Elder Scrolls Online, and single-player games like Eye of the Kraken and The Walking Dead.

I write games all the time! With your patronage, I can afford to polish and lay them out. In addition, with backing so far, I've been able to work with professional co-writers and improve the look and feel of my work.

It's getting to be a big list! Check it out:


So far, I'm improvising cover art from bits and pieces each month, largely relying on Creative Commons pieces and art from Shutterstock. Sometimes, that means something beautiful. Other times... not so much.

At this goal, I'll be able to afford professional artists and/or use Adobe Stock, opening up a lot of really gorgeous art.

Depending on the month and project, this will also help me create more attractive interiors and components.