$2
per month
Join
or save 15% if you pay annually
You watch hate5six videos every so often and want to pitch in! For less than 7 cents per day you can help grow this project. Casual Viewers also get:

$5
per month
Join
or save 15% if you pay annually
You watch hate5six videos religiously and constantly find new bands on the site. For about $1 per week, Avid Viewers get:

$10
per month
Join
or save 15% if you pay annually
You watch hate5six more than you watch Netflix/Hulu. It's your source for finding new music. It's your strongest connection to hardcore/punk. The time you spend is well worth the $2.50 per week. Producers get:

SHOWS ARE BACK. I'M RAMPING UP MY COVERAGE OF THEM.
Once I hit 2500 Patrons I'll be able to lower/eliminate the cost for promoters, thereby allowing me to film more fests.

I'm not gonna sugarcoat it. The hate5six Patreon has been bleeding out since the lockdown, just like every other business. If it completely collapses I will no longer be able to cover as many (or any) shows at all. 1% of hate5six viewers are Patreon subscribers, it used to be 2%. Are you one of them? 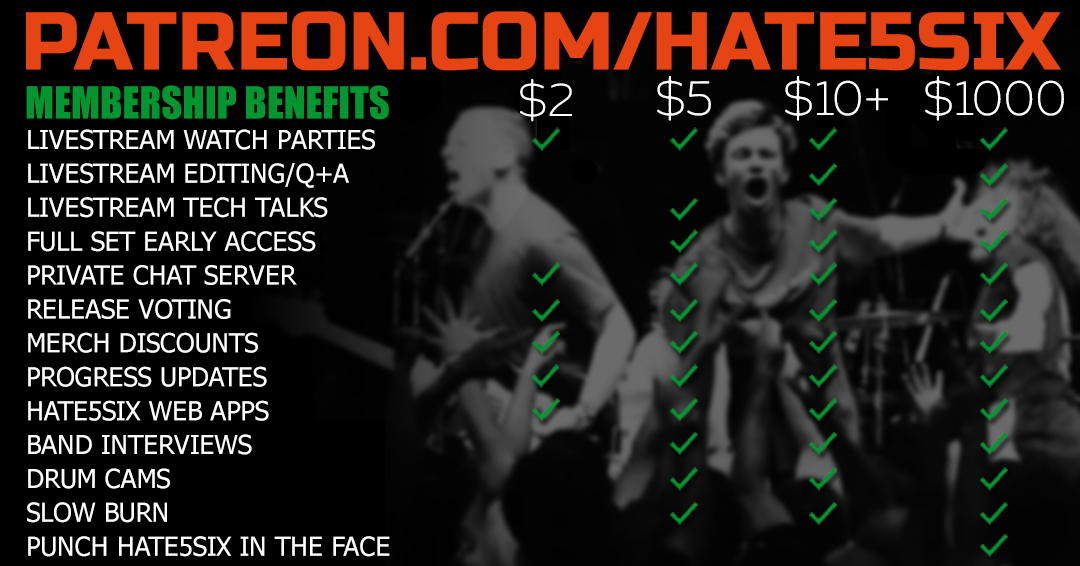 BENEFIT BREAKDOWN:
BACKGROUND
For the last 10 years, I've operated hate5six purely as a hobby outside of my 9-5 job working in tech. Rather than continuing to sell myself to companies in order to pursue my passion, I'm cutting to the chase and attempting to take hate5six to the next level by going full time with it.

If you have never heard of hate5six.com, it is a project I started in 2008 (officially) as a way to archive live music and connect people to bands. Since then, I've filmed and archived over 2,900 performances from bands all over the world. My content has been viewed over 28 million times and people worldwide have spent 273 YEARS watching these videos. Budding filmmaker, Keith Glidewell, did a short documentary that goes into more detail about the project. The FADER recently did an extensive interview about the history of hate5six.

In 2017, I developed and released SAGE,  an artificially intelligent band recommendation system to help connect people to music in an organic way:

WHY PATREON?
Patreon is a platform that allows people to financially support creatives who produce content they enjoy. So here we are. 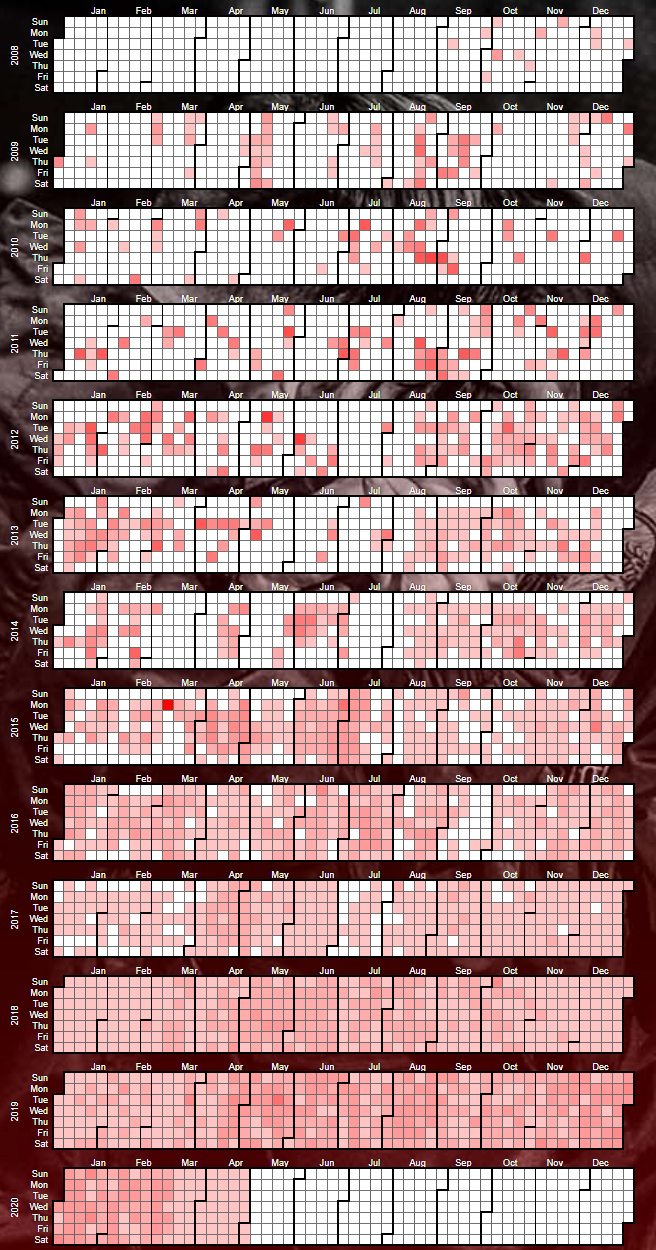 2,500 - reached! patrons
Sad reality: most fests don't have a budget for video production which means I cannot provide coverage of fests. When we hit 2500 Patrons I'll be able to reduce/possibly eliminate this production cost. More support from viewers in certain regions = more likely hate5six will cover shows/fests in that region.
1 of 1

2,194
Unlock 2,194 exclusive posts
Be part of the community
Connect via private message