is creating Articles, Podcasts, and Community 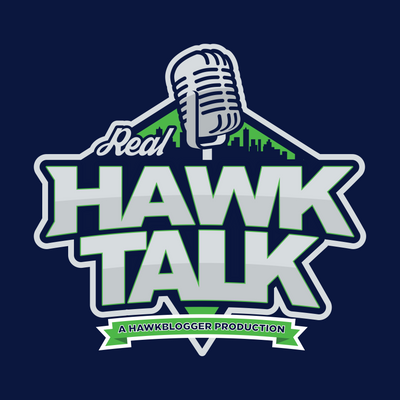 $5
per month
Join
or save 12% if you pay annually
Whether it is our growing podcast Real Hawk Talk, new shows like our post-game reactions, or new talent like Josh (CableThanos) or Will (RainCitySeries), we want to bring you great content to make being a Seahawks fan more fun.

We need your help. This small amount will help us acquire better equipment, bring on better guests, and donate more to charity.

Limited (4 of 10 remaining)
$50
per month
Join
or save 12% if you pay annually
Let me promote your business!
This is a chance to access the most rabid fan base in all of sports. Companies pay 3-5x this amount for typical sponsorships on HawkBlogger. I am giving away ten discounted sponsorships to folks who act fast.

You may choose one from:
Sponsors that sustain at least 12 months of membership become eligible for enhanced promo options like:

Limited (6 of 12 remaining)
$100
per month
Join
or save 12% if you pay annually
You and a guest will be treated to a steak dinner at Daniel's Broiler once per year with a small group of other patrons in this exclusive club. We will talk football, get to know each other, and enjoy a great meal.

Plus all previous awards*

PLEASE NOTE: You must keep your membership for 12 consecutive months to qualify for the dinner. Date and time of dinner will be set based on my availability.

*Sponsorship slots are limited, but we can work something out if that is important to you

This is about adding to Hawkblogger.com, not replacing it.

My goals with Patreon

The conversation on Twitter, Comments sections, Reddit, and other places have become toxic. My original hope with HawkBlogger was to create a respectful and passionate community that could come together to discuss what they love in a safe place. I believe Patreon will help us form that community because you have to pay to enter. Just being a random fan with a smart phone is not enough.

I would like to be writing for you, and providing the coverage you care about, and spend less time caring about the masses. It can make being a Seahawks fan even better. I know, because I have met many of you over the years.

So, join us. Let's build a community of great people to talk about the team we all love.

About Brian (and HawkBlogger.com)

Sports are an escape. There are precious few safe places to care passionately about something while actively disagreeing. Politics, religion, and even the food we choose to eat highlight what divides people and pushes them into smaller and smaller corners. People across all those divides come together to cheer, celebrate, and even hug one another in the name of sport. No sports community is stronger than the 12s who stand behind the Seahawks.

My goal when I started Hawkblogger.com in 2007 was to create a place where Seahawks fans could gather and share in their obsession. I had graduated American University ten years prior with a degree in print journalism, with an eye on becoming a sports writer, but instead found success in technology working for Adobe Systems, Inc. The Seahawks were always my favorite team, and the blog provided the outlet I craved.

Things started slowly, with just a handful of readers. That was plenty for me. It was a small community, but a community nonetheless. It grew into much more. Tens became hundreds and then thousands and now the top independent Seahawks blog on the web, visited by millions of people. It has been a thrilling and humbling experience.

Unlike typical sports coverage, Hawkblogger.com prioritizes analysis over superficial breaking news. Long form articles are the norm. People come here to learn not only about their favorite team, but about the game they love. They hear from someone who has seen every Seahawks game since the mid-80s, and who obsessively catalogs every detail about team performance. Articles range from deep analytics to pure emotional experience. Reading The Morning After column has become a Seattle sports fan ritual.

My job at Adobe means I do not need the revenue generated from this blog, so I made the decision in 2012 to donate all proceeds to charity. I have a two sons, and the youngest has special needs. John Schneider, GM of the Seahawks, has a son with autism. His wife, Traci, started a charity called Ben's Fund that benefits parents who cannot afford expensive autism treatments. It seemed like the perfect way to complete the virtuous cycle I had in mind when starting this blog. Every person who joins the Hawkblogger community, or just reads a story, gives back through this system.

$1,455.45 of $2,000 per month
I will add a second charity to donate HawkBlogger proceeds to. I will also hire at least one staff member to provide additional content.
4 of 7