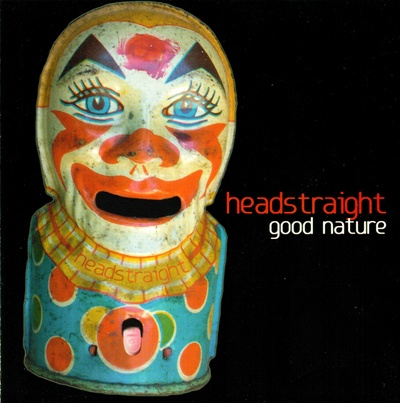 $1
per month
Join
"Hey not so fast with your good looks and your good nature." —Headstraight

If good looks or modesty were money, I'd be a billionaire! But alas, they are not, so I'm asking folks to help me HELP THE WORLD by recording and producing a new Headstraight album.

For those of us fortunate enough to be alive after the pandemic, there is a new found urgency to make the best of every moment. For me that means spending at least an hour a day, 5 days a week, producing music. It took a while to get here, so I plan to make the most of it.

If you'd like to come along for the ride and help out, please consider becoming a "good natured" patron and you'll get access to my daily mixes; I have produced 2-3 a week since August 2, 2021 and will continue indefinitely. At some point, they'll start to resemble demos for a new album.

When the demos are done, I'll head into a professional studio to record, mix, master and release, and you can help!


Thank you for considering!

In the late 90s I started my first band "Dexter", inspired by bands like Nirvana and the Beastie Boys and named after my grade school nickname.

We played open mic nights and other shows at the 8x10 and other clubs around town, met life-long friends on the Baltimore music scene, rented rehearsal space at Studio 14 in West Baltimore and generally made a respectable go of it.

In the early 2000s I moved to Bethesda, renamed Dexter to "Headstraight", and from October 2002 through May 2004, recorded and produced a 3-song EP called Buried. I reconfigured the lineup to include a coworker and various Craigslist responders.

I rented a house in Bethesda for band practice where we annoyed the neighbors, smoked cigarettes in the driveway and at one point climbed a tree. Notable members at this time included my coworker Martijn Jansma (center) and Dave Wolfrey (right):

During this time we played a lot of cool shows around DC. Most notably, opening for The Actual at DC9 as well as a killer show at the legendary Jaxx nightclub before it closed. By 2006, this version of Headstraight had imploded, but not before recording and producing the 10-song LP Good Nature.

Thank you for considering becoming a patron!