$1
per month
Join
You'll get my thanks, and a link to the Discord! (Alternatively, just DM me for it.)
Includes Discord benefits

$2
per month
Join
You'll get access to updates a day before they go up, and maybe even some bonus behind-the-scenes content!
Includes Discord benefits

$5
per month
Join
All previous rewards, and your name in credits at the end of videos!
Includes Discord benefits

When the bugs are big enough, you're the pest.
Humans-B-Gone! is a 3D animated sci-fi horror comedy about intelligent giant bugs, and the bizarre world of plant-based technology, mutated animals, and messed-up physics that they inhabit.

And I do mean giant. To them, vertebrates--like us--are just tiny, creepy-crawly pests they call "gubs." 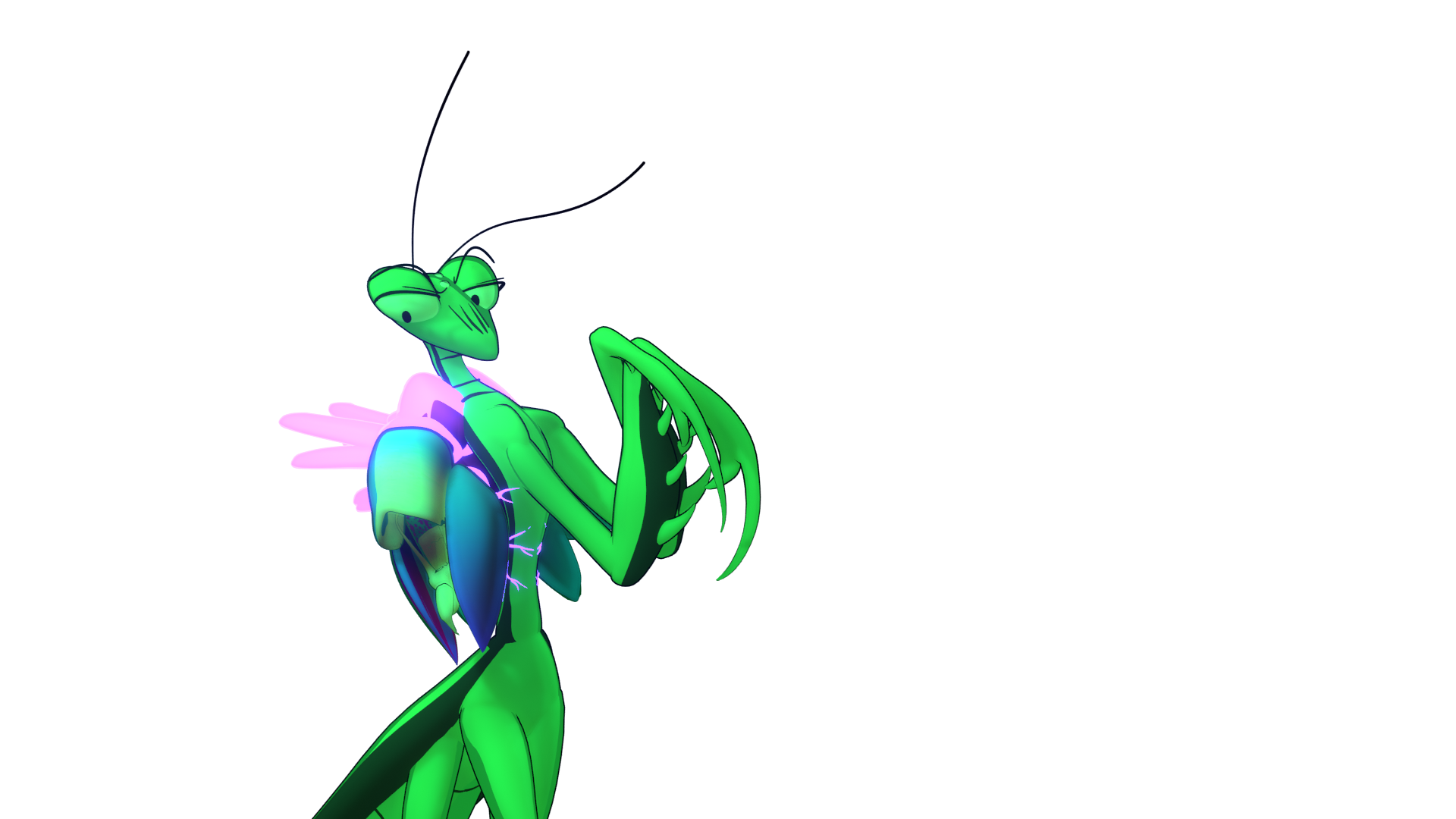 Of course, for pests, you need pest control. Enter Sophodra, a praying mantis who is very aware that humans are more than they seem.

Much of the story is seen from the perspective of Rose, a tarantula who comes to work for Sophodra. She isn't too thrilled to be employed by a crazy woman with weird theories about super-intelligent vermin.

But Sophodra is all too correct. 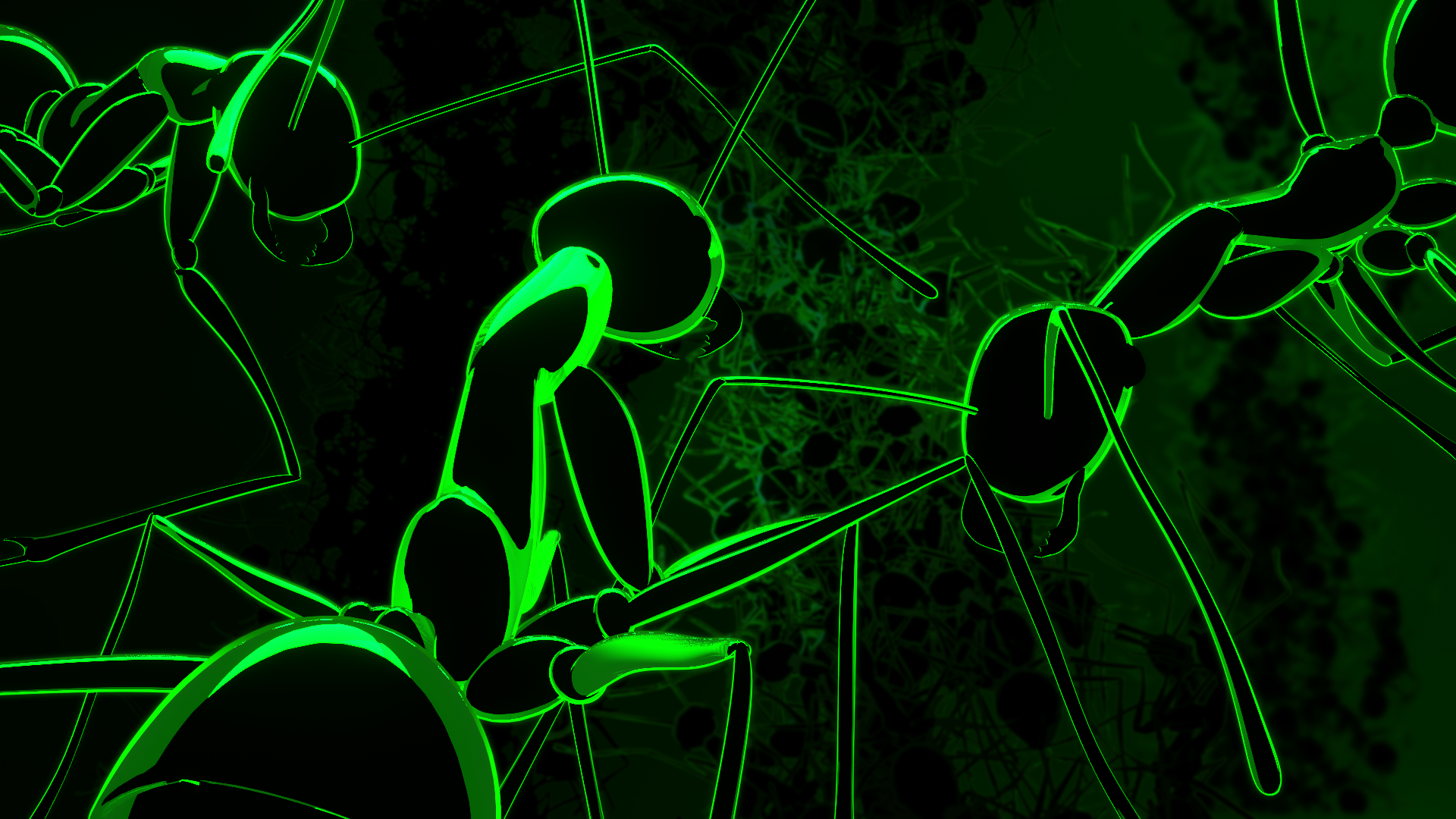 Meanwhile, the ants patrol the city the characters inhabit, maintaining a grip over their daily lives that may turn hostile at any moment. 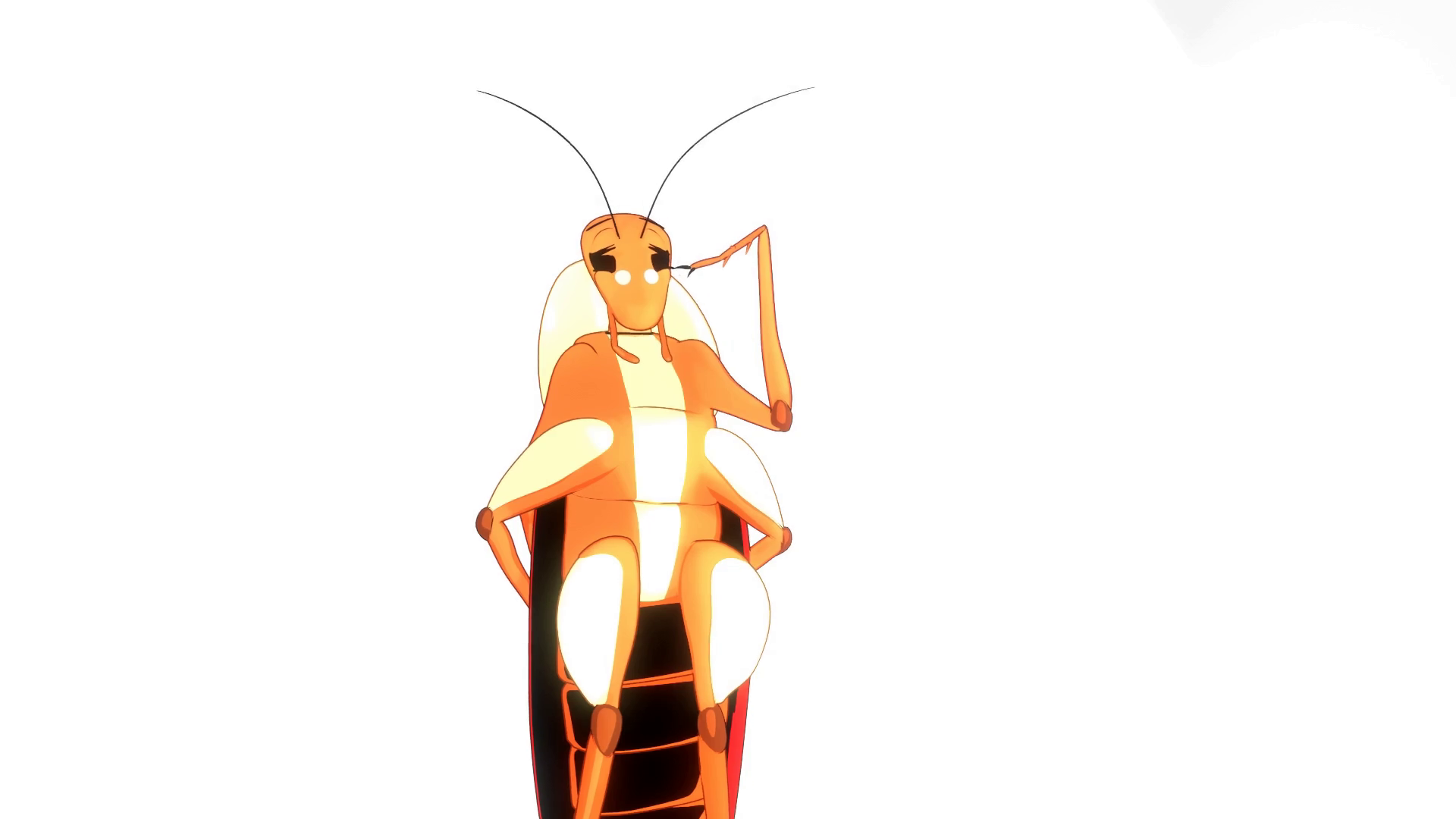 All of this is narrated by the mysterious Professor Gregorsa, along with relevant biology facts, and anything else you might need to know.

Still more lurks beneath the surface...but, we'll get into that later.

Hope that caught your interest! At the moment, everything on this project--art, writing, models, rigging, animation, backgrounds, voices, sound effects, music--is all me. I'm currently working on finishing up assets and testing my workflow, and then I can begin work on the episodes themselves. Episodes are planned to be from 2-5 minutes each, together constituting larger arcs, and interspersed by talks from Gregorsa. If I make enough money here, I can get those episodes out faster. If I make more than that, I can hire other people to help out, and get them out even faster than that!

In the meantime, I'll be releasing updates showing progress on social media. If you pledge at least $2, you'll get access to these updates the day before they go up there! $5, and any videos I post will have your name in the credits.

If you feel up to $20, that'll net you an ink drawing of any insect or arachnid of your choosing in this style: 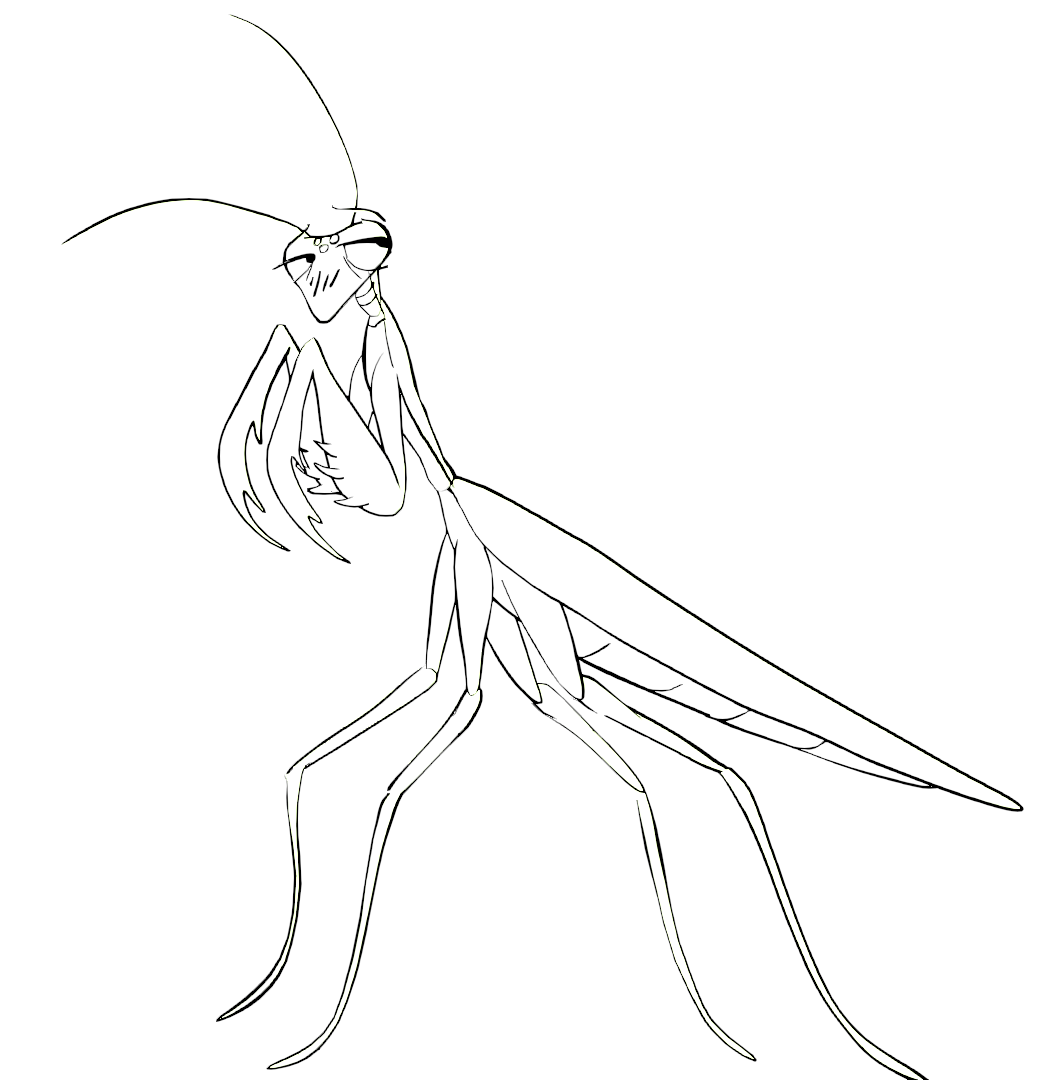 If you pledge $40, you'll get it colored and shaded: 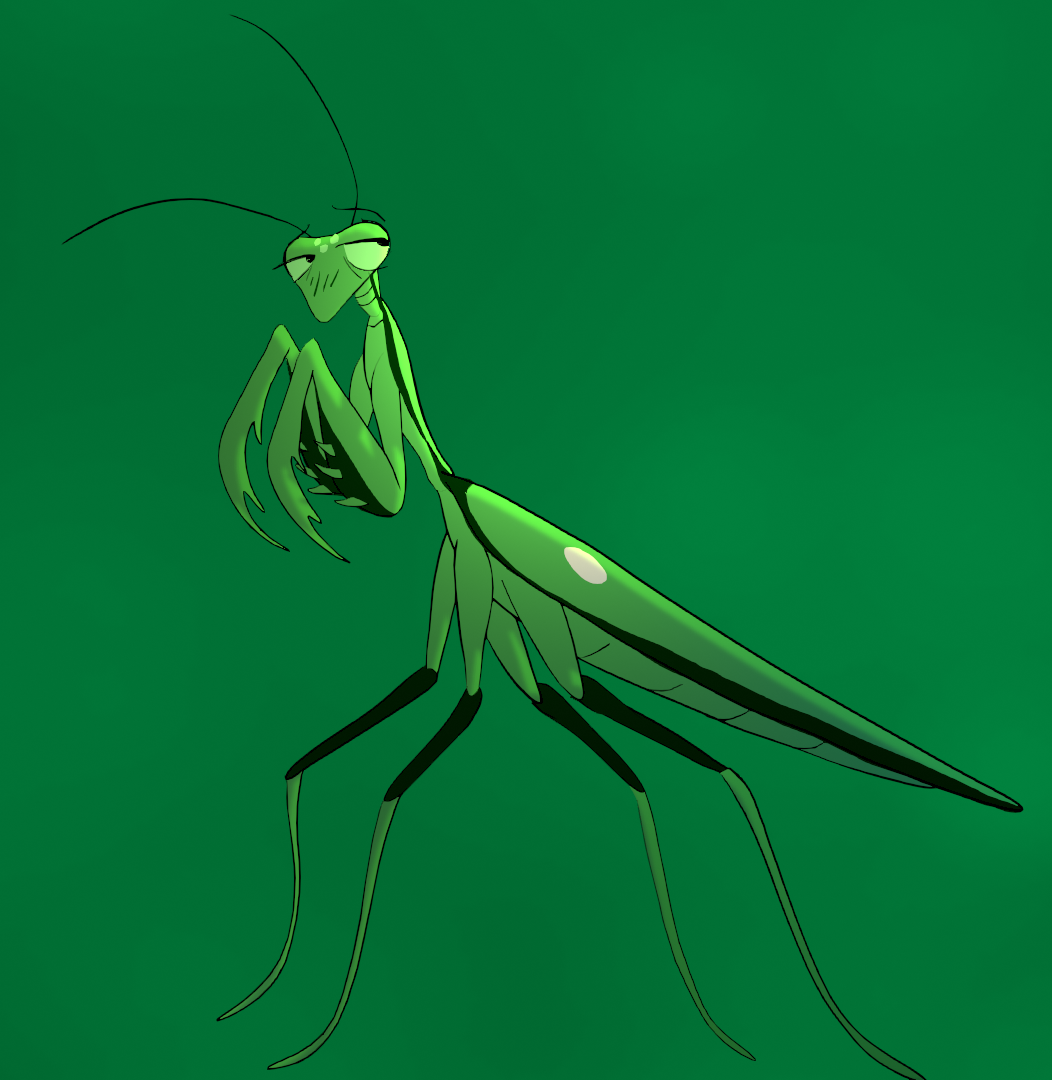 If you pledge $100, I'll make you a rigged model of an insect or arachnid in that style (with the understanding that it might then be used in the series for background characters). If you want, I'll even help you get it set up to print on Shapeways! 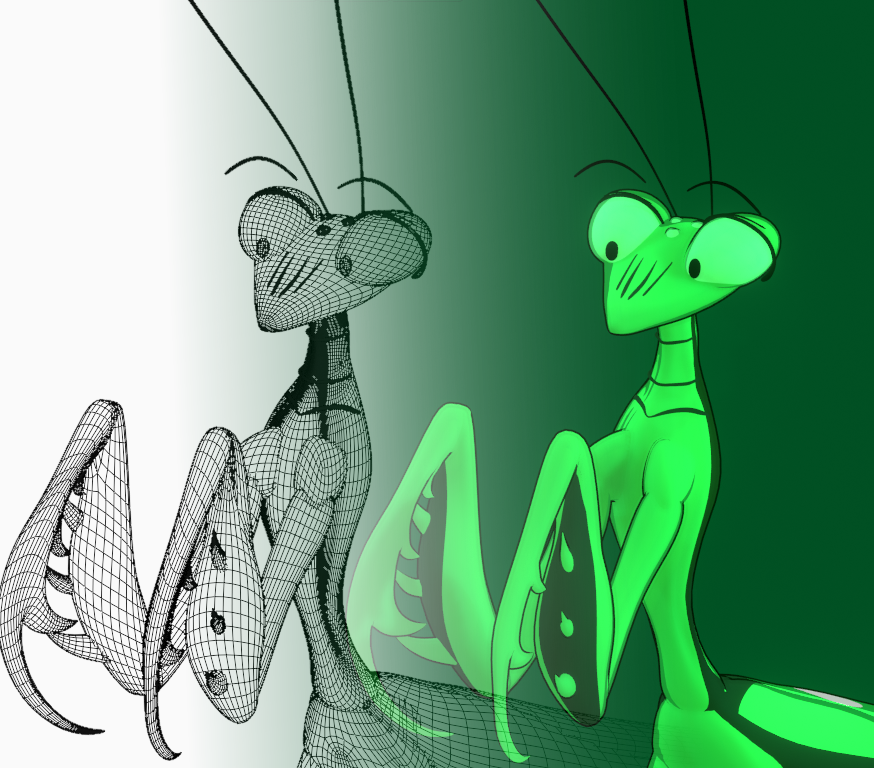 Thanks for looking at my weird bug cartoon. Hope you like it!