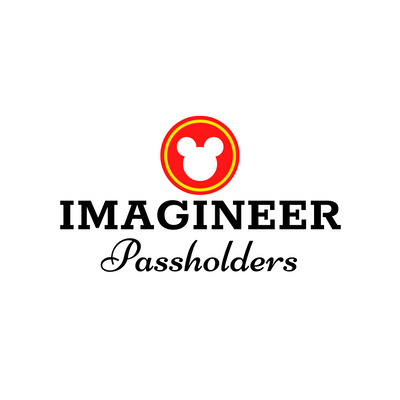 NEW (2022): Get all benefits for one price. Save 10% when choosing an annual membership. Cancel anytime. Benefits include:

Additional Information: Patreon bonus content/episodes date back to January 1, 2022 (plus a few additional posts) as a service to legacy Patreon members. Starting January 1, 2023, older episodes and content will start becoming available for all ImagiNation Passholders at this level.

About the Show: Imagineer Podcast is a positive, welcoming, family-friendly community of Disney® fans. Weekly episodes celebrate the magical worlds of Disney, Marvel, Star Wars, Pixar and beyond. Topics include interviews with Disney Legends and Imagineers, round-table discussions about the Disney Parks and Resorts, top 10 episodes, and general conversations about the Walt Disney Company. Our show name pays tribute to "Walt Disney Imagineering", the creative division of Disney founded by Walt Disney himself that oversees the development of all Disney attractions.

About this Patreon Community: Becoming an ImagiNation Passholder gives you access to premium Imagineer Podcast content, including bonus episodes, a private community, and various additional benefits and exclusive content. Your support will help us pay for show-related expenses, including but not limited to platform service fees, media equipment, media software, and travel.

About the Host: Matthew Krul is a lifelong fan and historian of all things Disney (since his first trip to Walt Disney World as an infant) and a former Cast Member of the Walt Disney Company. After working at the Disney Store in 2006, Matt went on to complete an internship at Kilimanjaro Safaris at Disney’s Animal Kingdom in 2007 as part of the Disney College Program. Matt also participated in a Disney Professional Internship in 2014, working with the Marketing Strategy team at Disney Vacation Club. Matt now lives in the New York City area with his wife and family as a Digital Marketing Manager. As an annual passholder, he makes frequent trips to Walt Disney World and the occasional pilgrimage to Disneyland. Matt has also visited Disneyland Paris and has stayed at almost every Walt Disney World Resort hotel. He founded the Imagineer Podcast in 2017 to share his love for all things Disney and to inspire generations to go after their dreams. Matt’s goal is to create happiness and build a positive community of Disney fans.

Disclaimer: Imagineer Podcast is a product of my sincere passion for the Disney brand, and the opinions presented are completely my own and are not influenced in any way. Although I formerly worked for the company (2014 and prior), I am not currently an employee of the Walt Disney Company, nor am I compensated in any way for the content I produce (I do not receive cash, tickets, hotel stays, meals, merchandise, or any other form of payment for the content I produce). In the event that I am compensated, I will fully disclose the means of payment in the appropriate post or podcast episode. At the end of the day, I’m simply a fan just like you doing my best to spread the Disney magic. I look forward to sharing it all with you. Imagineer Podcast is in no way part of, endorsed or authorized by, or affiliated with the Walt Disney Company, Walt Disney Imagineering, or any affiliates of Disney. As to Disney artwork/properties: © Disney

At this level, we'll be able to expand Imagineer Podcast into new areas or more content.

1,051
Unlock 1,051 exclusive posts
Be part of the community
Connect via private message