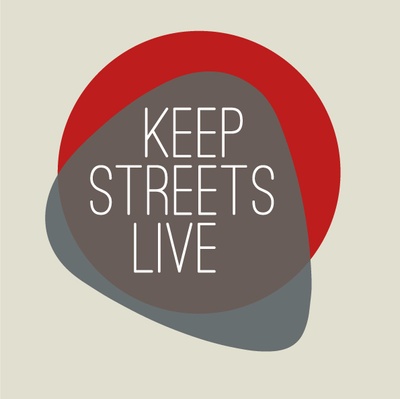 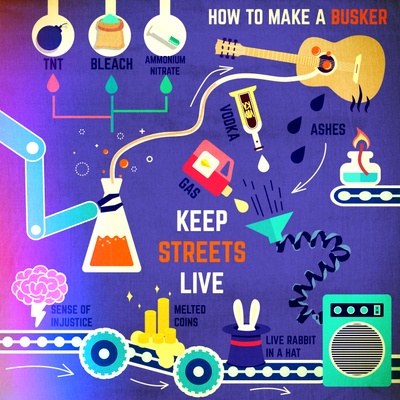 We compiled this fabulous album of UK buskers who've supported our campaigns.

Limited (20 of 20 remaining)
$12
per month
Join
You'll be invited to our exclusive Patreon-only Zoom session once/month. Chat with the Directors, ask us questions and contribute your ideas towards the future work of Keep Streets Live.

Keep Streets Live was set up by our founding director Jonny Walker after attempts to ban busking in Liverpool.

Our aim is to promote and protect public spaces for informal performances of music and the arts, whilst maintaining a minimal impact on other stakeholders, through voluntary codes of practice and dialogue.

Since our inception, our busking guidance has been successfully adopted in Liverpool, York, Birmingham and a number of other major cities in the United Kingdom. We are currently campaigning in Edinburgh against the erection of unlawful signs preventing busking, or limiting performances in a way that puts buskers in danger of arrest and threatens their livelihood.

We are also one of the leading groups campaigning against PSPO's in the UK which give arbitrary powers to criminalise not only buskers, but rough sleepers, dog walkers, skateboarders and a whole range of other diverse groups at the whim of a single council/police officer.

Keep Streets Live also aims to protect performers by educating them on their rights, and works closely with the Musicians' Union and Equity.

$32.12 of $50 per month
Expenses for a Keep Streets Live representative to attend a council meeting once/month in a town/city where busking is coming under threat.
3 of 5