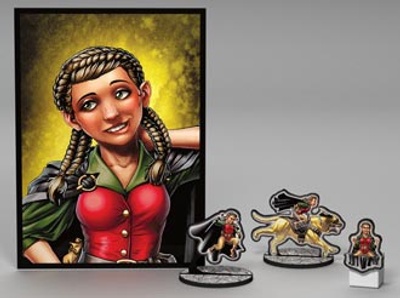 $1
per month
Join
Nice and basic. Simple is best!

You'll get early access to weekly free minis. You'll also get exclusive access to variants of those weekly minis!

You get the basic version of each Champion, in PDF format, The character will be presented in the following poses:
• Battle
• Relaxed
• Seated
• Mounted on their steed

At this level, the character is presented as is, with no customisability or variations.

New champions will be released as often as I can manage. Approximately once every two months.

$3
per month
Join
Whatever colour you want!

In addition to the Tier 1 benefits you'll also get the deluxe version of each Champion, in PDF format, The character will be presented in the following poses:

At this level,  the PDF will have multiple layers allowing you to fine tune the character's colour scheme to your liking!

$5
per month
Join
Variety really is the spice of life!

In addition to all the benefits of the lower tiers,  you'll also get the ultimate version each Champion, in PDF format, The character will be presented in the following poses:
• Battle
• Relaxed
• Seated
• Mounted on their steed

At this level,  the PDF will have multiple layers, giving you tremendous control over the design of the character... Not only will you have control over the colours, but you'll also be able to choose the weapon, and change details like the hairstyle, or even parts of the clothing, allowing you to create multiple unique characters!

I'll be releasing new Champions as often as I can manage. Approximately one every 2 months.
Includes Discord benefits

Your characters do more than just battle, and our paper minis will help you tell their whole story!

Don't settle for a single pose. These paper minis will roleplay PCs and NPCs alike, whether riding, fighting, chatting, sitting, resting - more than a paper mini, this is a paper character! Join us as we help you fill out a more immersive world with our Champions Series kits and bring your characters to life!
What is this all about?
Minis are a wonderful tool to represent your character on a table top, and this fun new concept aims to take that to the next level! Rather than giving you a single mini in a dynamic, but fixed pose, we'll give you a kit containing the same character in a variety of poses so that you can use the appropriate mini for the encounter! 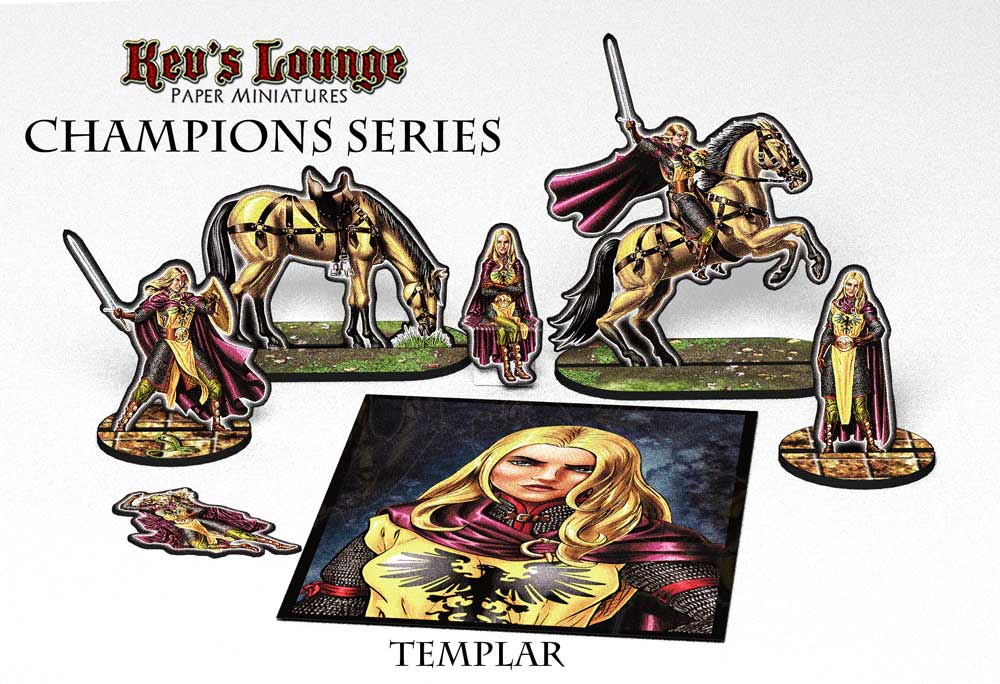 In each Champions Series kit, you'll find the character in the following poses:
• Battle pose
• Standing, at ease
• Seated
• Unconscious
• Mounted on a horse

You'll also get a mini of their horse, riderless, and you'll get a small portrait of the character that you can attach to your character sheet.

Supporters at higher tiers get customisable versions of the PDF, each offering millions of possible combinations, allowing them to design their character before printing it out, and they can do this as many times as they want to!

We'll be regularly adding a new Champion to the army, and with time the collection will become an ever more useful resource for both players and game masters!

Here are the Champions we've released so far

(click on the images to find out more about each character)
When you sign up, you'll get access to all of the above characters. You'll also get access to dozens of other minis, with new ones coming out every week!

About Kev's Lounge:
Kev's Lounge has been producing print-and-play gaming scenery, paper minis and dungeon tiles for over a decade! In addition to the Champions Series we also have several sets available through our shops at
https://www.papercraftdungeon.com
or
https://www.drivethrurpg.com/browse/pub/4540/Kev03...