is creating Books on the Victorian Era Literary and Royal World

Every Book on my Shelf 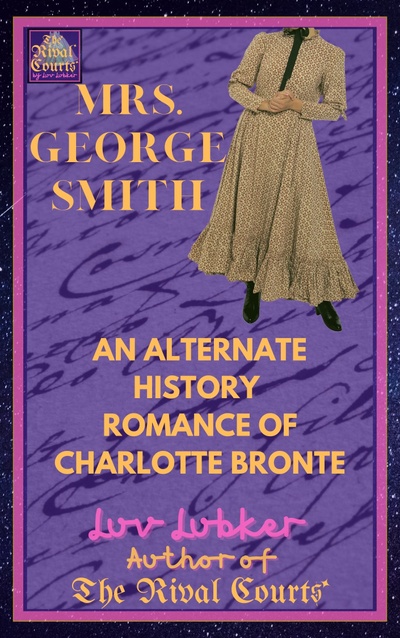 $5
per month
Join
Read my story about Charlotte Brontë as it is written... And get a BONUS PDF of my insights into the metaphors in Charlotte Brontë's novel Villette... And a BONUS preview of my other series, The Rival Courts.

Vote on which character I write an extra short story about!

Get a list of sources of stories included in my books! 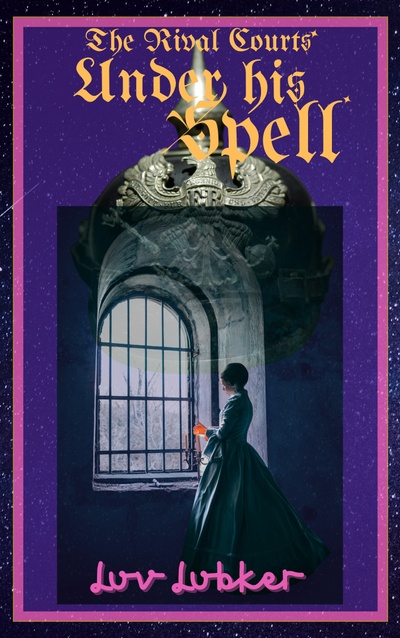 $10
per month
Join
Get a copy of Under His Spell, The Rival Courts, Book 1
Exclusive Merch
Fulfilled by Patreon
Includes
Global shipping included

Under the sheets... (pages)

Read my draft chapters of later books as I finish them.
Exclusive Merch
Fulfilled by Patreon
Includes
Global shipping included

Fly on the Wall

Hi, My name is Luv Lubker.
I am have written my first book, Under His Spell, a novel about Queen Victoria's daughter, Vicky, and her husband, Friedrich the Third, German Emperor and King of Prussia, the parents of Kaiser Wilhelm II, "the Kaiser" of World War One.

I specialize in often hinted at but rarely revealed (at least in English) secrets in the Royal Families of the Victorian Era.

I have researched Queen Victoria’s family since November 2013. Before that I had read about Charlotte Bronte – the author of Jane Eyre – and the Victorian Era literary world. In that research, I read about Charlotte Bronte’s stay in Belgium, where she went to school, the school being next to the palace. She saw Queen Victoria when the Queen came to visit her uncle, Leopold, King of Belgium. I also read about the Crystal Palace and the Great Exhibition of 1851. During Charlotte’s stay in London that year, she attended lectures by William Makepeace Thackeray, which were also attended by Queen Victoria’s ladies-in-waiting.

When I began to run out of new information in my Bronte research, I looked up those places or events, and began to watch documentaries about Queen Victoria. I watched on called Art and Love, about the paintings, jewelry and other things Queen Victoria and Prince Albert commissioned as gifts for each other. I watched another about Balmoral Castle.

My parents had recently watched the movie Her Majesty, Mrs Brown, and my mom asked me about what the truth of that story was.

So, I searched out everything I could about Queen Victoria and John Brown, also reading the first third of several group biographies of Queen Victoria’s family. I would read the first third, then stop when it spread out to the Grandchildren, as I found it overwhelming at first.

I got huge bags of books from the University library (I live near Austin, TX), but only glanced through many of the books, only coming back to read them later.

When I had read for about 9 months, I was looking up the dowries of each of Queen Victoria’s daughters and daughters-in-law. I was only then really looking at who each of the spouses were. I got to Marie, Grand Duchess of Russia, who married Queen Victoria’s second son, Alfred. Her dowry was so enormous compared to any other, I wondered who she was. My mom asked me, “who was her father?”

I then learned about the little romance between Queen Victoria and the then Tsarevich Alexander, later Tsar Alexander II, which took place during his visit to England in May, 1839, 5 months before her engagement to Prince Albert.

I then read about Alfred and Marie’s daughter, Missy, who became Queen Marie of Romania. Her memoir had been one of the many books I had gotten at the library and glanced over, but had not been ready to dive in. I was now.

I was fascinated by her writing, her memoir, The Story of my Life, read like a novel. Her descriptions were my first real impression of many members of Queen Victoria’s family, and also of Imperial Russia.

I like calling the people I read about by their nicknames. Some people call this disrespectful, but if one is reading about their private, personal lives, how is it disrespectful? It makes them seem more like real people. And I am reading about their personal lives. That is what interests me. Of course they are Royal, of course they have official lives. But the personal side is what fascinates me. When I read biographies which always call their subjects by their titles, I have difficulty connecting to the person. It is so impersonal. My favorite biographies are the ones which read more like a story.

Both of them also had synesthesia. I found this very interesting, as I had earlier read a children’s series by Pseudonymous Bosch, which was based on synesthesia, the confusion of the senses. This series seemed out of place in my reading, being the only fiction books I have read which have cell phones and modern computers. As a child I always read about animals, then as I grew up, I read Victorian Era books. But reading those stories had lead me to read about synesthesia, which has, ten years later, turned out to be an important part of my research, as two of the Prussian Royal family, who are important characters in my story, are synesthetic. This is something which is not often written about in the Royal biographies.

When I was younger, my family went to juggling events. We went to a high level juggling convention, the World Juggling Federation, in 2007 and 2008. Many of the high-level competitors were German, and we wanted to be able to understand things they said on Facebook. My mom, my brother and I went through the first level – and part of the second level – of the Pimsleur German course.

This was my foundation in German, but it is a tourist or business based course, and more for speaking than reading. As I read about the Royal families, I looked up many of the German phrases which were in the letters, and memorized them and their meaning. I had done the same with French phrases in Charlotte Bronte’s books, and had gotten where I could read some basic French, even if I didn’t know how to pronounce it. With German, it was different. The Pimsleur course had given me a foundation, so I knew how to pronounce the words.
In 2017, ten years later, I agreed to translate a German book for a friend. I had not yet learned to read German. But I said I would translate that book. It is a book about Kaiser Wilhelm’s engagement and wedding. I am still working on the book over three years later. I started the Duolingo German course in December 2018, and have worked through about half of it. I can read and translate full paragraphs now sometimes. If I am typing in a passage to put in the online translator, sometimes I come to a paragraph I can understand, and I automatically begin to type it in English.

My family and friends have said for years that I should write a book. I always said “I don’t know how to write” or “I don’t describe things”. In November 2020, I began to write my first book.
Writing about real people is fascinating. I am writing it as fiction, so I can tell the story I want to tell, without having to have proof for each item of information, but my book is based on real events. Some conversations are based on real conversations which were written down. But when I begin to write dialogue where I don’t have as much to base it on, it just flows. Things come out that I didn’t know, that I was trying to find out in my research. I never edit the dialogue in my writing. I let the people say what they have to say. And it feels true. To find out what I mean by that, read the book, Power vs. Force, by David Hawkins. - “Any information can be obtained about anything anywhere in current or past time… For anyone who learns the technique, more information is available instantaneously than can be held in all the computers and libraries of the world.”

The month before I began writing my book (I began on November 1, 2020), I read Clare McHugh’s book, A Most English Princess. It is a book about Queen Victoria’s eldest daughter, Vicky, written as a novel. I liked the book. Vicky has always been one of my favorites. After I read Missy of Romania’s memoir, I read A Lifelong Passion, Nicholas and Alexandra, Their Own Story. I read Young Wilhelm, by John Rohl. I read many books, but I also read the letters between Queen Victoria and Vicky. Those are what I always come back to, when I reach the end of another strand of my research. I read the Queen and Vicky’s letters again, because they talk about everyone and everything in the family. I find my next line of research there, in whatever speaks to me next.

I have a great admiration for Vicky’s husband, Fritz, who reigned as Friedrich III for only three months. His diary is another of the German books I am translating – or rather two, each over 500 pages. His character has always stood out to me, for his humanity, his loving nature, his faith in what he believed in. His death brings me to tears more easily than any other. To quote from Catherine Radziwill and Sir Robert Morier, “It would have been difficult to find a more loving personality than that of Frederick III.,......” “through all the pages of history.”