Since its debut as a podcast in Spring 2016, MEDIA INDIGENA has been a consistent source of timely insight on the issues that matter most to Indigenous peoples. Anchored by host/producer Rick Harp, the MI roundtable—featuring Candis Callison, Kim TallBear, Brock Pitawanakwat and Ken Williams—is known for its lively and engaging roster of voices who together help listeners connect the dots of colonialism in Canada and beyond.

Firmly rooted in Indigenous perspectives, First Nations owned and operated, we at MI know that editorial and financial independence go hand in hand. And as our audience has grown steadily over these initial 260+ episodes, so too has our core of supporters, whose collective investment has ensured our basic production and distribution costs are covered. Five years into the podcast, we’re eager to build atop this foundation, to realize the full scope of MEDIA INDIGENA's ultimate vision.

From the get-go, we’ve sought to inspire and conspire with those who share our commitment to Indigenous resistance and resurgence. We like to think we’ve built not just an audience, but something of a community—one we’d love to engage with even more. And so, ranging from the creation of full transcripts of every episode to the staging of live online events such as Ask Me Anything sessions (and even actual face-to-face gatherings when the time comes), our Patreon milestones have been redesigned with one goal in mind: to enrich and expand the ways we connect and commune with those who believe in what we do.

We are proud to be 100% audience-funded: it’s that support which got us to where we are today. With those first five years under our belt, can you imagine where the next five could take us? As always, the answer will ultimately be up to our patrons. We invite you to join them in helping to make our vision a reality.

Meet the people of MEDIA INDIGENA 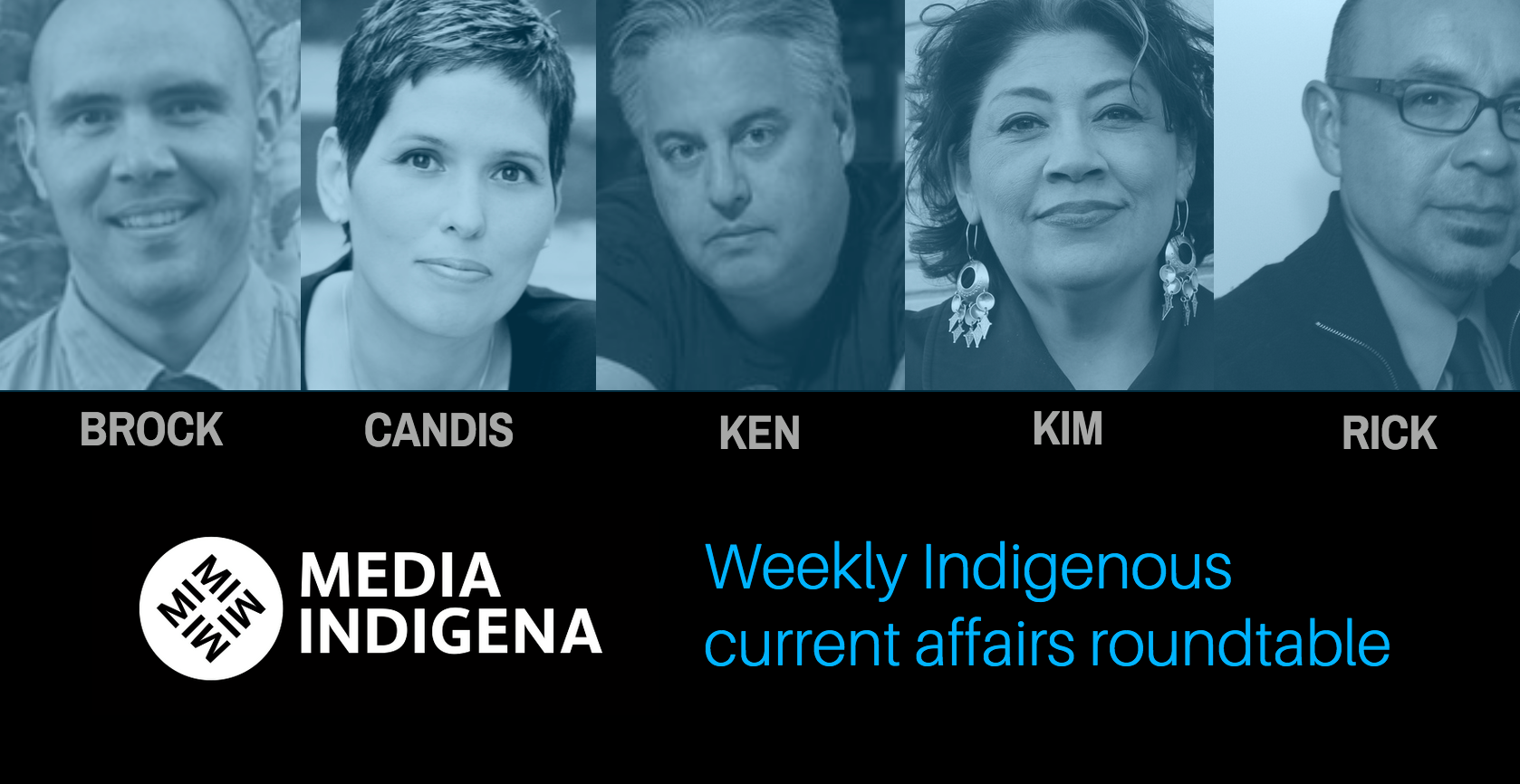 Candis Callison is an Associate Professor with the University of British Columbia’s School of Journalism, Writing and Media, as well as its Institute for Critical Indigenous Studies. She is the author of How Climate Change Comes to Matter: The Communal Life of Facts, and the co-author (with Mary-Lynn Young) of Reckoning: Journalism’s Limits and Possibilities. Candis has a PhD from the Program in Science, Technology, and Society at MIT, and Master of Science from MIT’s Comparative Media Studies Program. She is Tahltan, an Indigenous people located in northwestern British Columbia.

Born and raised in Winnipeg, Manitoba, MI host/producer Rick Harp is part of the Peter Ballantyne Cree Nation, located in what’s currently known as northern Saskatchewan. While pursuing a BA in political science at Carleton University in Ottawa, Harp got bit hard by the radio bug at the campus and community station, CKCU-FM. Thus begat a 20-plus-year career in broadcast media, including national and regional stints at CBC Radio, the Aboriginal Peoples Television Network (APTN), and NCI-FM. A former Artistic/Managing Director of the Winnipeg Aboriginal Film Festival, he’s co-founder and president of the INDIGENA Creative Group (MI’s parent company).

An Associate Professor of Indigenous Studies at York University, Brock Pitawanakwat (Anishinaabe: Whitefish River First Nation) was previously seconded as a researcher with the Truth and Reconciliation Commission and held two academic appointments as Assistant Professor, Graduate Chair, and Acting Director of the Aboriginal Governance Program at the University of Winnipeg and as Assistant Professor of Indigenous Studies at the First Nations University of Canada. He is interested in Anishinaabe resurgence, especially in governance, health, land and language.

Kim TallBear is a Professor in the University of Alberta's Faculty of Native Studies, and Canada Research Chair in Indigenous Peoples, Technoscience & Environment. She is a regular media commentator in US, Canadian, and UK outlets on issues related to Indigenous peoples, science, technology, and sexualities. She is a citizen of the Sisseton-Wahpeton Oyate in South Dakota, USA.

Kenneth T. Williams is a Cree playwright from the George Gordon First Nation in Saskatchewan’s Treaty 4 territory, and the first Indigenous person to earn an M.F.A. in playwriting from the University of Alberta. His plays have been produced across Canada and include Care, Café Daughter, Gordon Winter, Thunderstick, Bannock Republic, Suicide Notes and Three Little Birds. An Assistant Professor with the U of A’s Department of Drama, Ken puts his personal and professional experience to good use as an active member of Edmonton’s theatre community.

Patreon is a platform that makes it easy to directly sustain the work of creators you believe in, via regular monthly payments on your credit card (which you may stop at any time). In our case, your investment not only helps ensure the program remains free and available to all, it gets us that much closer to key milestones in our development.

If you're brand new to Patreon, a good place to start is the site's own help desk. Should you ever get stuck, feel free to email me your questions via rick [at] mediaindigena.com and I'll do my best to help.

Please note: your very first pledge will be processed immediately in the currency of your choice, then on the 1st of the month after that.