is creating articles and a podcast for a unique Korean experience. 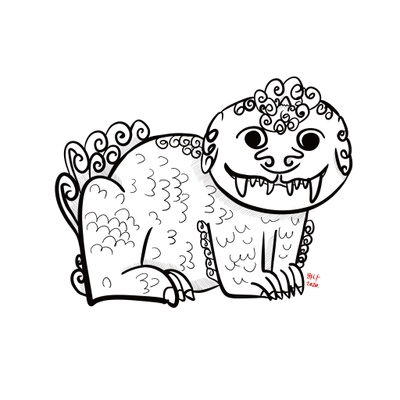 $5
per month
Join
Haechi is a mythical unicorn-lion from ancient Korea, a warder of evil and a beloved emblem of Seoul. Become a Haechi today and each month you'll receive: 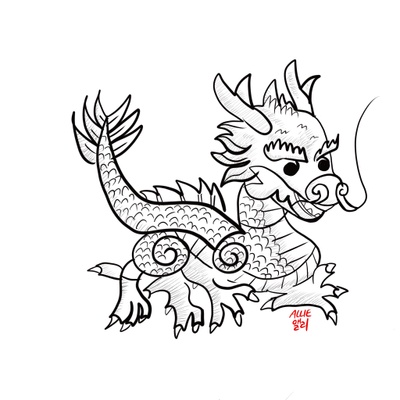 $20
per month
Join
Dragons hold command over the kingdom; they represent the King himself and can be found all over palaces, temples, and landmarks in Korea. Become one of our powerful Dragons and every month you'll receive:

Moon Bear Travel is an informational and anecdotal Korea-based travel website all about Seoul, the rest of Korea, and its lesser-known facets. With a focus on culture, history, and off-the-beaten-track travel, Moon Bear Travel aims to offer a more in-depth look at Korea for people across the globe who already have a prior interest in Korea, but want to know more.

Allie is a Korean archaeology and art scholar on her way towards getting her PhD in Korean culture, and East Asian culture more broadly, has played a huge role in her life from a young age. She wrote her MA thesis on the influence of Joseon porcelain in contemporary Korean artwork and has participated in numerous academic conferences in both London and Seoul. She also obtained her degree in Chinese Studies and considers her time in Hong Kong as the best days of her life (so far). You can catch her volunteering at Seoul’s cat shelters or recording her Korean history segment on KBS World Radio: Korea 24.

Allison has dabbled in far too many hobbies to count, but currently ranks acting, fiction writing and hula dance as her top choices. She anxiously awaits Korean summers for the refreshing taste of Kongguksu and breathes a sigh of relief when someone is familiar with early 2000s Kpop.

Hannah is an ESL kindergarten teacher living and working in Seoul, South Korea. She visited Korea for the first time in 2013 during her university studies, for a summer school in Seoul, and has been hooked on the country ever since. After visiting again in 2015, she moved to Seoul in 2017 and has lived there ever since, with little intention to leave. She enjoys visiting new and current places, but has a guilty pleasure in going to old tourist favourites. On a normal weekend, you can find her scouting out new cafés and restaurants in the Mapo district, or huffing and puffing up and down the hills of Gyungridan, Yongsan district.

Outside of her love of Korea, Hannah is a BSc Hons French and Spanish graduate who loves to draw, craft, bake, and travel. Her heart beats a little faster when she sees a cute dog or a carrot cake with real cream cheese icing.