is creating Legendary Beings Ara & Celi and other comics 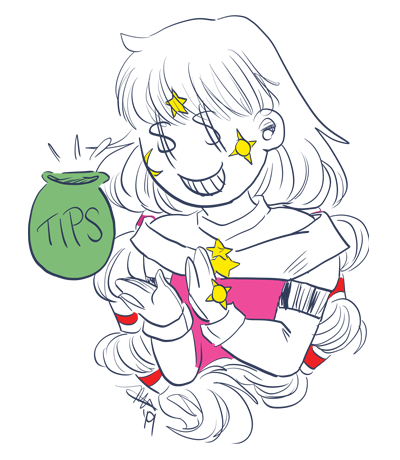 $1
per creation
Join
Tip jar! With just one dollar, you are already helping me -- and for that, you will gain:
Includes Discord benefits 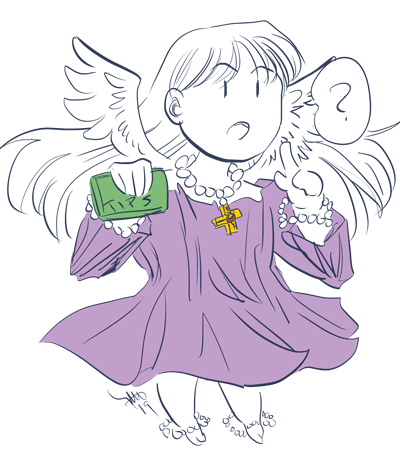 $2
per creation
Join
You think you're hot stuff, giving me two bucks, huh?! With two dollars, you get access to the previous tier rewards, plus access to thumbnails for any other comics I may have in the works.
Includes Discord benefits

Celi in the Coeli with Demons 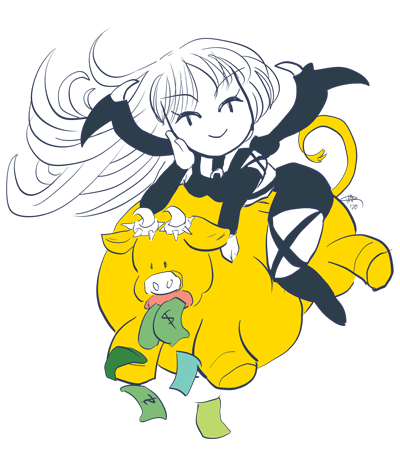 $5
per creation
Join
Thanks for sacrificing your Happy Meals, your Whopper Kids, and some other good deal lunch. With five dollars, you get access to the previous tier rewards, plus:
Includes Discord benefits

Legendary Beings Ara & Celi is about a young girl, Miyara, who is chosen to be the successor to a specific line of Angels – headed by none other than Ara–and with it, duties that extend beyond the physical world. Only one problem: Miyara has no desire to do the job! What will happen then, especially with Celi, Ara’s counterpart, is intent on causing chaos in her life?!

I also work on other stories, such as my fictional band project Delilah and The Warchicks and short story comics published under Bel Inconnu. I'm also working on a pitch involving an all-female American football team called The Footballerinas!

My background is in comics and languages, having studied the latter officially. Polyglot, Puerto Rican, believer in the Mister Ed philosophy and purveyor of the Falco Austrian Experience, I, uh...wait, wasn't this about webcomics again?

I love working on my comic but the amount of time I have for it is frequently lessened by personal circumstances (e.g grad school that one time...looking for a job and/or working temp...) and they prevent me from working on my comics. Then there's materials to consider, as I work with traditional tools like pen and ink, and create my pages on bristol board, before moving to the digital realm for toning and lettering. The reason why I created this Patreon is so I can afford these materials and can afford to spend more time on the comic. Even working part-time on my stories would be a wonderful goal to achieve!


If you're not sure on how Patreon works, or even why it's useful, check the video below!

"But NAAN," you ask, now knowledgeable on Patreon's workings while eating a delicious piece of Indian bread, "why are the tiers so easy and basic then?!" That's because I'm just starting out and I'd much rather offer little but manageable, than ambitious and lacking. I'm also a firm believer in the "give a little and get a lot" motto, which means that you'll be able to see lots of behind-the-scenes stuff and early access to comics, without having to make your wallet cry too much. In fact, all my posts are paid-by-creation, which means that you will only be charged whenever I upload a new thing, rather than paid-by-month. Win/win!

"But NAAN," you start asking, as you dip pieces of Indian bread into some sweet hummus...

"What are even your tiers?!"

When you become a patron to my campaign, you're able to access materials such as my thumbnails and work-in-progress shots of my illustrations, the ability to vote on polls, and even a chance at a cameo in a future comic page!

Here's further information on each tier!

★★★ All patrons will receive free PDFs, discounts on my Storenvy, Etsy and Gumroad stores, and Discord benefits.★★★

★ $1 Tier: Tip your Miyaras and Samsas
You will gain access to thumbnails for Legendary Beings Ara & Celi and gain the ability to vote on any and all polls I create!

Your name (your real name or Patreon handle, your choice) will also be credited and placed on a permanent page for Patrons on the aforementioned comic's website.

★ $5 Tier: Celi in the Coeli with Demons

Access to previous rewards!
Ranging from 1-2 weeks earlier to a month earlier to honestly 6 months earlier, you will access Legendary Beings Ara & Celi pages way before everyone else on the internet does!

You will also gain access to how I do comics --could be the penciling stage, the inking stage, the coloring stage, you get me-- as well as access to works-in-progress for original illustrations.

Access to previous rewards!
You will gain access to a Patreon-exclusive comic -- one voted on by you! The first few pages of this will be available for anyone to read online, once it gets traction, so you can check it out and decide if you'd like to pledge to keep reading!

Besides this comic, much like in the previous tier, you will access non-Ara & Celi comic pages way before everyone else on the internet does! Early access to these range from 1-2 weeks earlier to a month earlier to honestly 6 months earlier.

In addition, you will see all the illustrations once I finish them, before they are posted publicly some time later. (Usually 24-48 hours later.)

Access to previous rewards!
If you pledge at this tier, you get the opportunity to cameo in a future Legendary Beings Ara & Celi page! We will discuss details in private further.

Legendary Beings Ara & Celi, my main project, will always remain free to read on its home page. You merely help me with making it and other comics, and bringing more of them for you ♥ If you ever want to keep a closer eye on updates, feel free to join my mailing list. Thank you, and have a nice day!

$5.40 of $30 per creation
If we reach this baby-step goal, you'll have helped me in paying for my website!

And maybe a couple of bristol board pads.