Thank you for your support! I'll enjoy this coffee ♥! You'll gain vanity role on our discord displayed above other members along with in-game donator perks!

You have all my thanks for supporting me ♥♥! Along with discord role and in-game perks, you will receive update sneak-peek whenever we are preparing new content for our servers ♥! Additionally you will gain access to staff only #patch-notes channel aswell!

Wow. That's a lot.. You have all my eternal gratitude and love for supporting me ♥♥♥! You will be eligible to direct message me on discord for community suggestions including new features, maps and servers. Think of it like priority hotline ♥! You may also receive additional support with mapping If you are map maker who wants one of your maps added on our community servers ♥! Enjoy!

We are a community centered around Team Fortress 2 and host variety of gamemodes ranging from Deathrun, Achievement Engineer to ZombieMod and Zombie Escape.

If you'd like to tip me a coffee, it'd be very appreciated cause solo-development of a large community can often be tiring! 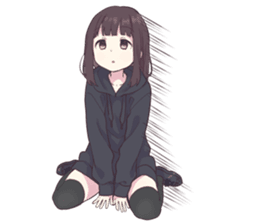 Tier 2+ patrons receive including above features:

Once you donated, check out this post on how to activate your donator perks:
https://www.patreon.com/posts/40903672

To be fair to everyone, patreon perks expire once one's membership ends, until you renew it!

Suggestions for new donor feature are very welcome!
You can find us at our official discord.
- Thanks!

Note: Abusing your donator perks such as !voteban immunity may get them revoked, although you will receive multiple warnings

21 of 30 patrons
Once we reach 30 patrons we will focus on hosting more servers, including but not limited to: TF2 Zombie Escape in Asia region! Along with further development of donor features ♥♥♥!
2 of 2