Pretty Ink is creating content you must be 18+ to view. Are you 18 years of age or older?

(NO game download at this tier) Thank you for choosing Sugardale U. We're so excited for your first year with us. Thanks for the tip, without you I couldn't do this!

We're so glad to have you back for your second year at Sugardale. Now that you're integrated into the campus culture, go ahead and hold some sway with your newfound seniority!

You've returned to party another day! And now you're getting invited to some seriously exclusive soirees. So many memories, so many more to make. Take lots of pics and don't let up. Just not... too many pics.

For the latest public build and more,  join the Discord. 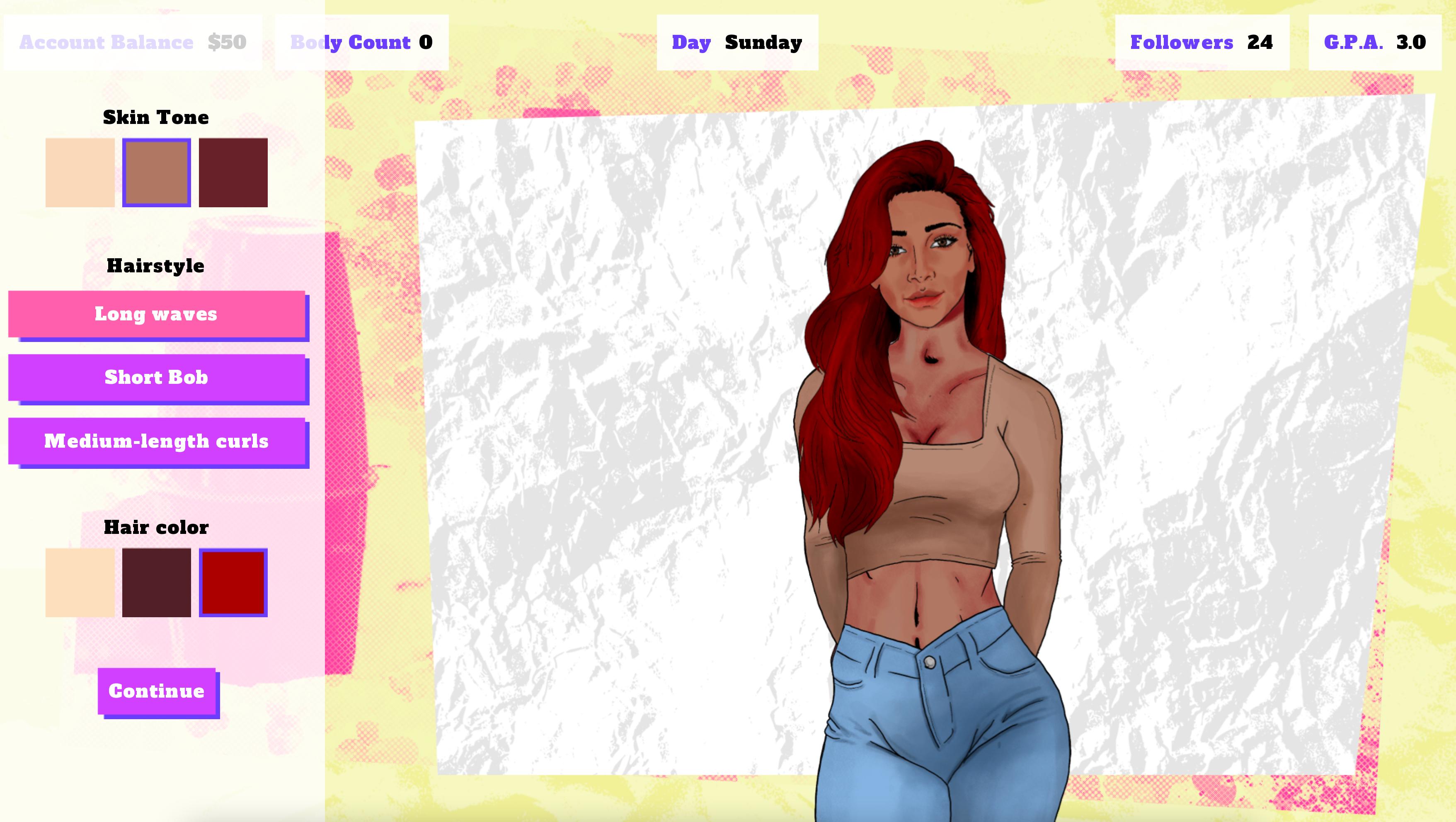 College Craze is a branching VN where you play as an incoming female freshman, ready to make your mark in the seemingly-quiet town of Sugardale. The decisions you make will significantly change your future, from the career you aspire towards to the people you meet and interact with along the way.

What secrets will you uncover in Sugardale? F*ck around and find out. 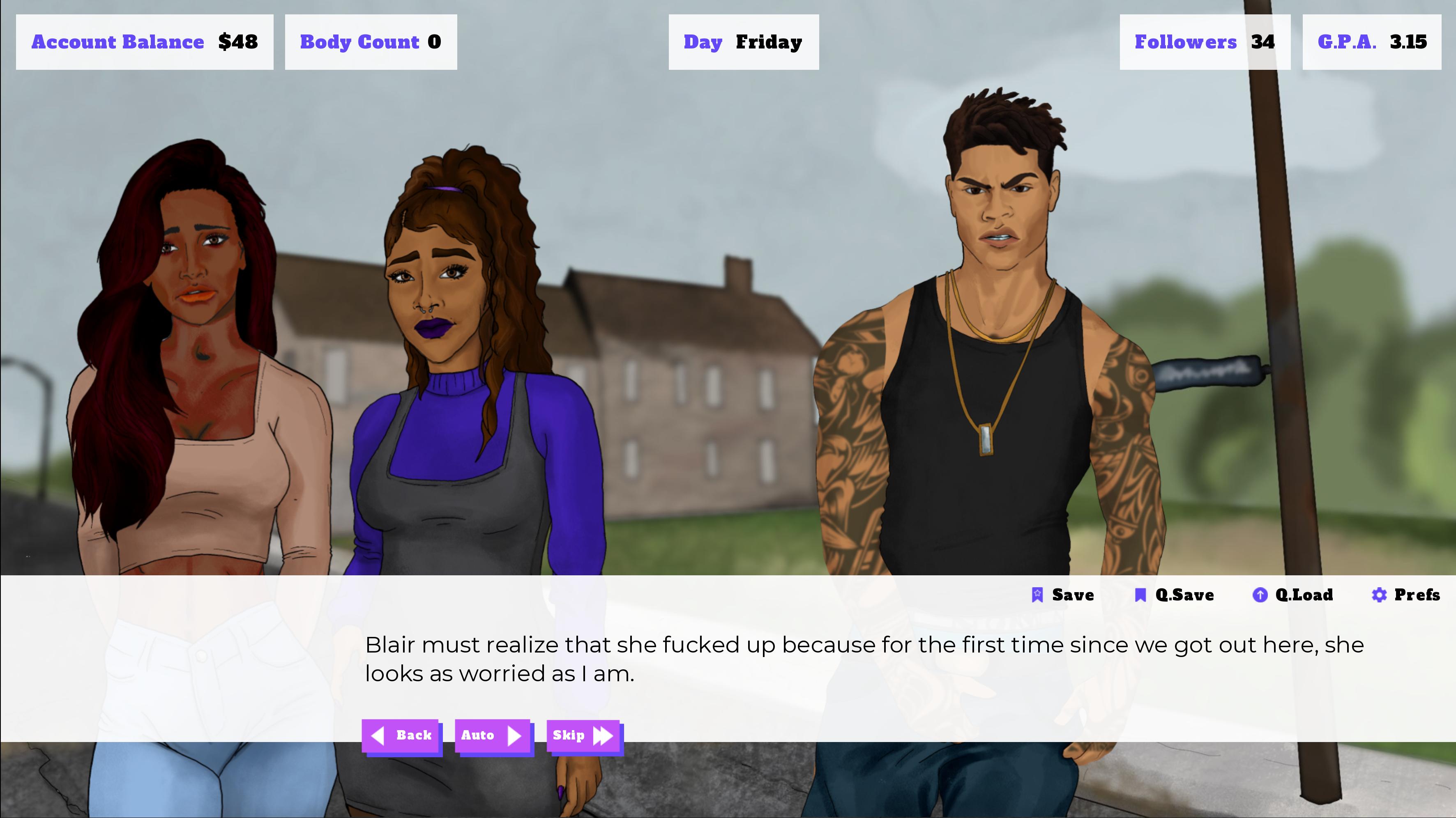 Current State of the Game

I’ve been working on the game as I’m able to do so while juggling my day-to-day job and life in general. It’s still in its infancy but already boasts over 300,000 words worth of content with multiple titillating scenes. My goal is to try to update the game with a significant amount of content on a regular basis and hopefully one day be able to devote myself to its development full-time.

There are no fully completed paths but also no barren paths either. You’ll find sexy situations no matter which road you decide to travel. 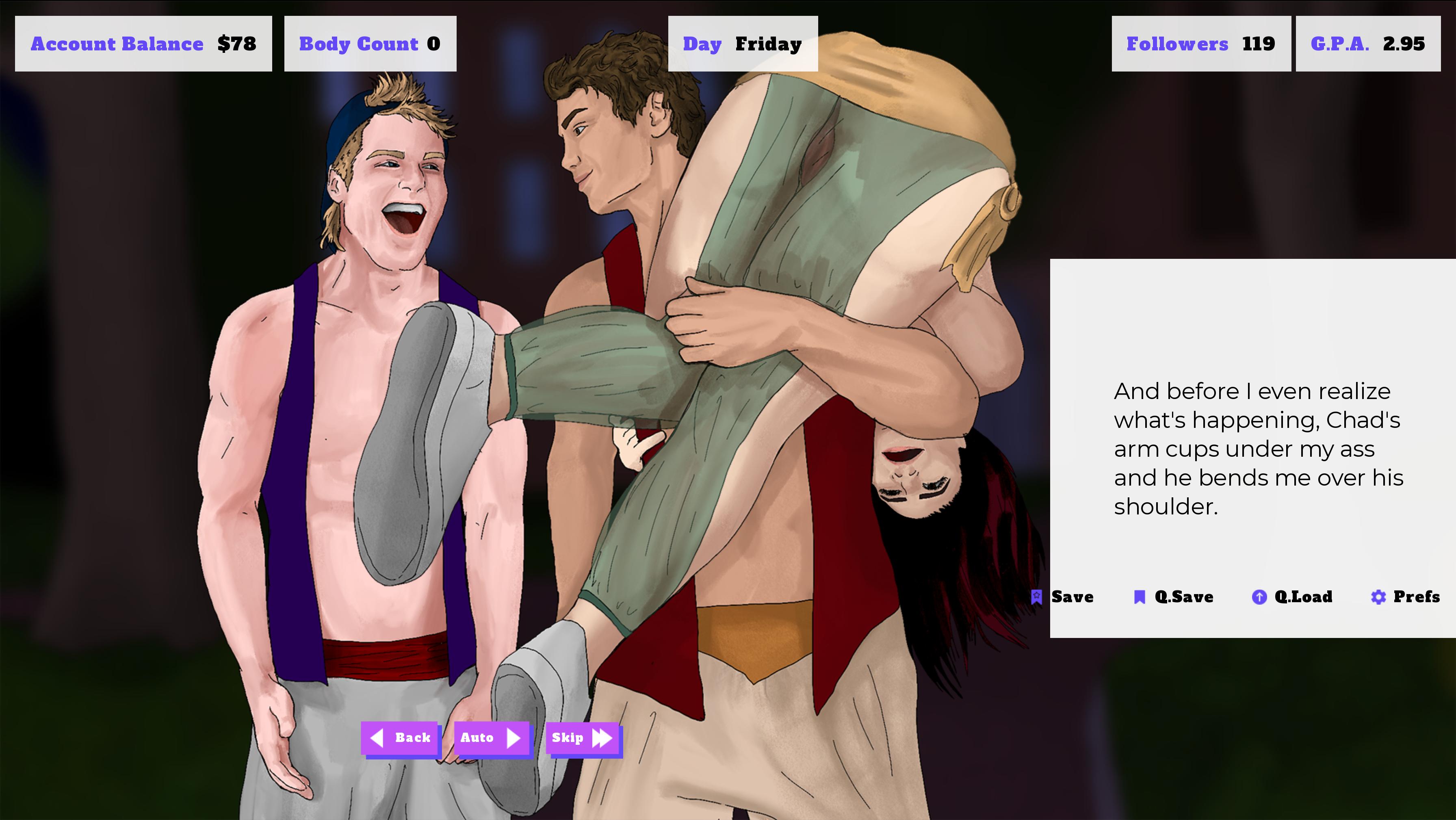 Hey there! I’m PrettyInk and this is my first game!

My aim is to create a game that feels immersive and allows you to build relationships with a wide range of characters - even the town of Sugardale itself - all while uncovering an intricate mystery. Each character has a history, and there is an over-arching narrative that connects them all together. I want your choices in this game to not only matter, but also allow you to see different perspectives of the larger story.

I decided to create this game because I saw there was a lack of female-protagonist games in this space that give players more options than being pure corruption vehicles (not that there’s anything wrong with that and it is a path I’m planning to at least offer somewhat in CC). I want to create a game that allows for a more realistic representation of people from different backgrounds; people with rich personalities, histories and characterization.
I have a lot of content planned and I hope to be able to dedicate more of my time and resources to bringing this game to completion, and continue creating female character-driven, narrative-rich games in the future!


**This is an adult game, and is not suitable for those under the age of 18.