Access to comic pages prior to public release! Special role on the discord channel!

$5
per month
Join
or save 10% if you pay annually
Access to my work in progress comic pages, concept art, and any Patreon exclusive artwork. You will receive a mailed gift every six months.

$10
per month
Join
or save 10% if you pay annually
In addition to access to all WIP work, concept art, Patreon exclusive art, you will receive mailed gifts every three months. You (or your human OC, or a friend if you have their permission) will be featured in crowd scenes at Radio Silence concerts! 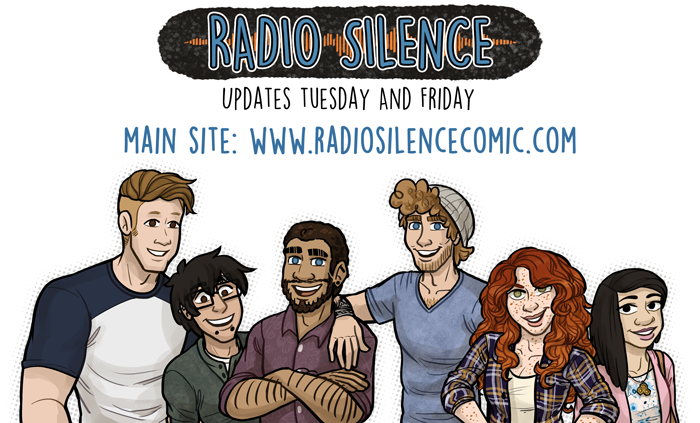 I'm Vanessa, a disabled chronically ill comic artist and illustrator. I ran a comic and illustrative anthology called "Where is Home?" for two volumes and have now progressed to creating my own webcomic!

Radio Silence is a comic about a five piece rock band based in the UK, and all their daily dramas and adventures. It's a coming of age tale of the characters understanding themselves better, discovering the challenges of being in the public eye when they're still figuring out who they are, and the family bond of each other that's thicker than blood.

Should you choose to pledge and help support me as I go on this webcomic adventure, you'll become a part of my creative process! I will rely on the input of patrons to shape the Radio Silence world, whether it's including your face in the crowd at a concert or letting you guys name the band's songs or pick which cities they tour to.

You'd also be helping to keep this comic updating as often as it can by relieving financial stress of having to take other jobs that would take away from working on the comic - so thank you!

$287.68 of $800 per month
Your incredible support will mean I'll be able to hire a flatter to help with colouring the comics and therefore speed up my process to work towards additional updates monthly!
4 of 4