$5
per month
Join
Hello, mysterious benefactor! For $5 you will get:

$10
per month
Join
You’re turning all my pumpkins into carriages! For $10 I will deliver unto you:

Hello! My name is Sophie Goldstein and I’m a cartoonist, illustrator and comics instructor based Tulsa, OK. I make speculative fiction comics and graphic novels, with occasional forays into the fields of horror and fantasy.

Panel from House of Women.
A Short History of Me:

My most recent graphic novel An Embarrassment of Witches from Top Shelf Productions, released March 2020, is my second collaboration with Jenn Jordan. It's the story of two childhood friends learning how to be adults—and hoping their friendship can survive the change... but with magical plants, animal familiars, and assorted witchy hijincks.

My other graphic novels include House of Women, a collection of the award-winning self-published mini-comic series from Fantagraphics and The Oven, from AdHouse Books, which won two Ignatz awards and was nominated for Slate Magazine’s Cartoonist Studio Prize. 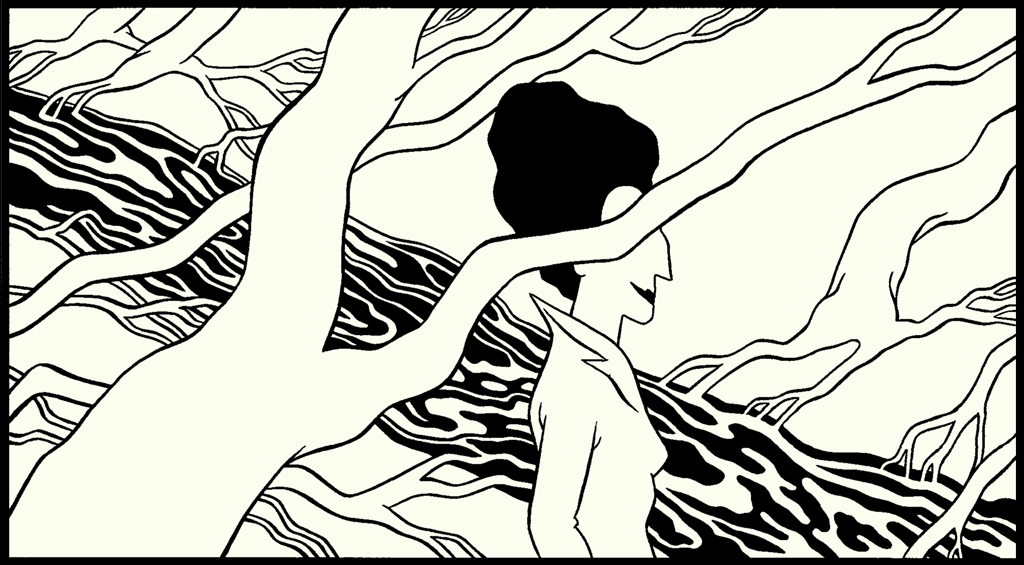 Panel from House of Women.

Darwin Carmichael is Going to Hell, a webcomic co-written with Jenn Jordan, was my first foray into comics. We self-published the collected strips in 2013 with funding from Kickstarter. I’ve also illustrated a children's book, Poopy Claws, written by Gene Ambaum. In 2013, I graduated from The Center for Cartoon Studies and have been living la vida loca ever since.

My work has appeared in publications including Best American Comics 2013, Fable Comics, The Pitchfork Review, Cricket Magazine, Sleep of Reason and The Nib, among others. 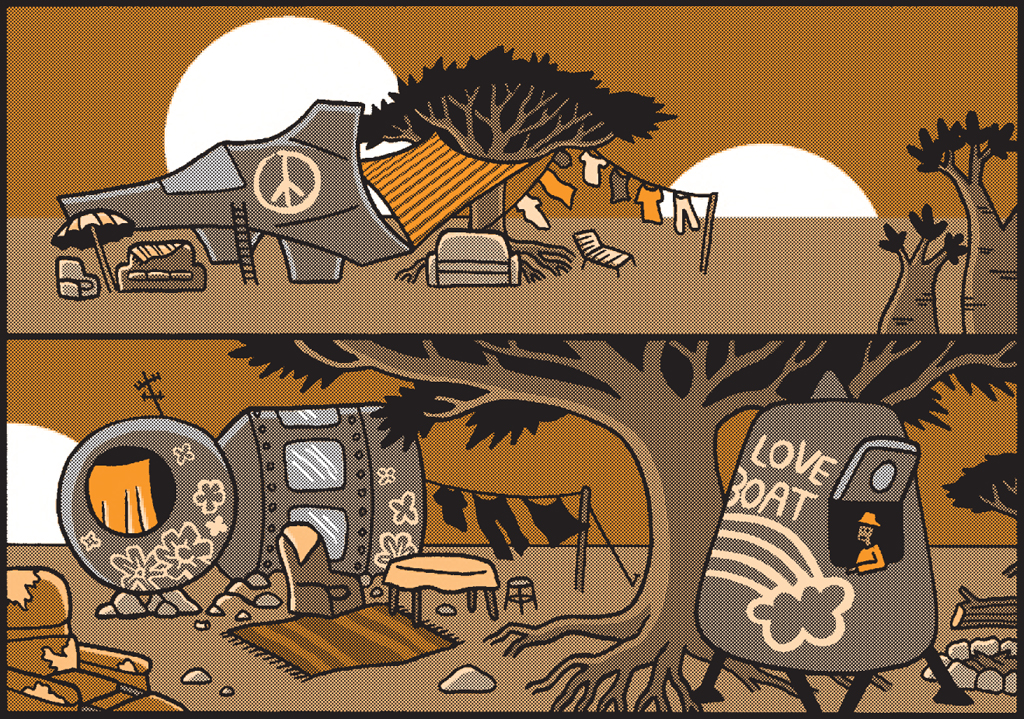 Panels from The Oven.
Now That's Done With, On To The Issue at Hand:

Like many creators I’ve had trouble stitching together a steady income from my work. Currently, I take on occasional freelance to make ends meet. However, long-form storytelling is what I love to do, and with the help of my patrons I can focus on the big projects closest to my heart and and get them out in the world as soon as humanly possible.

Just as importantly, Patreon allows me to connect with my most ardent fans and get to know them on a more personal level. My patrons see my new work first—sometimes months years before it is available publicly—and become a part of the process by giving me much-appreciated feedback.

In addition to finished pages, patrons get to see the behind-the-scenes part of my process as I share with them my sources of inspiration, my day-to-day life as a full-time cartoonist, and my pencils, inks and other in-process steps to making finished work. 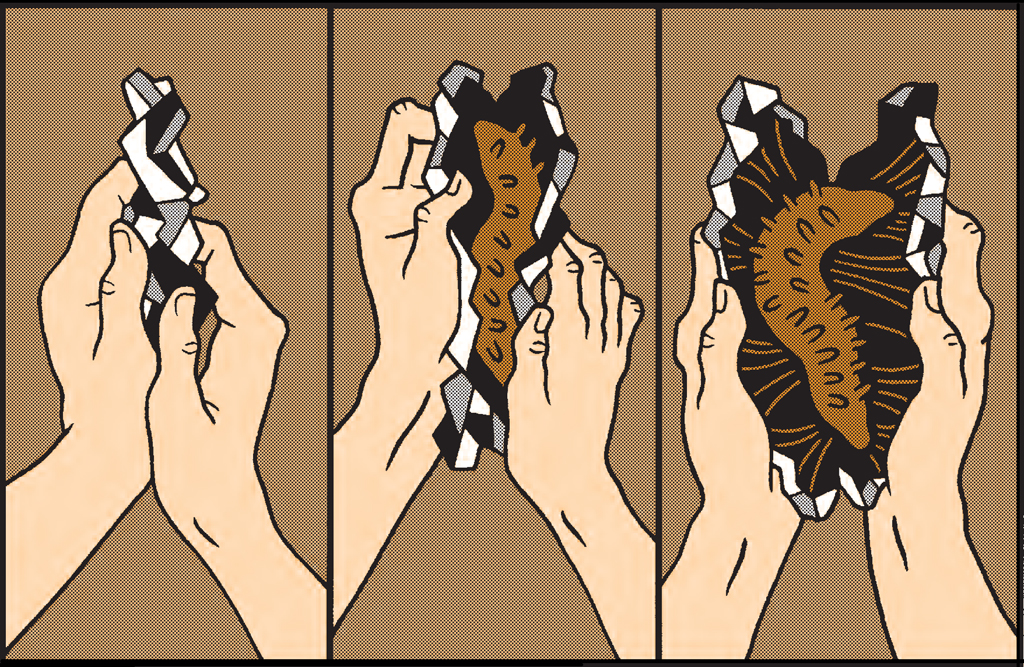 Panels from The Oven.
What I'm Working On Now:

Currently I'm working on a prose novel and developing my digital art and comicking skills. Patreons are seeing sketchbook pages and digital art experiments in addition to short stories and excerpts from my prose work in progress.

Updates are posted at least once a week. 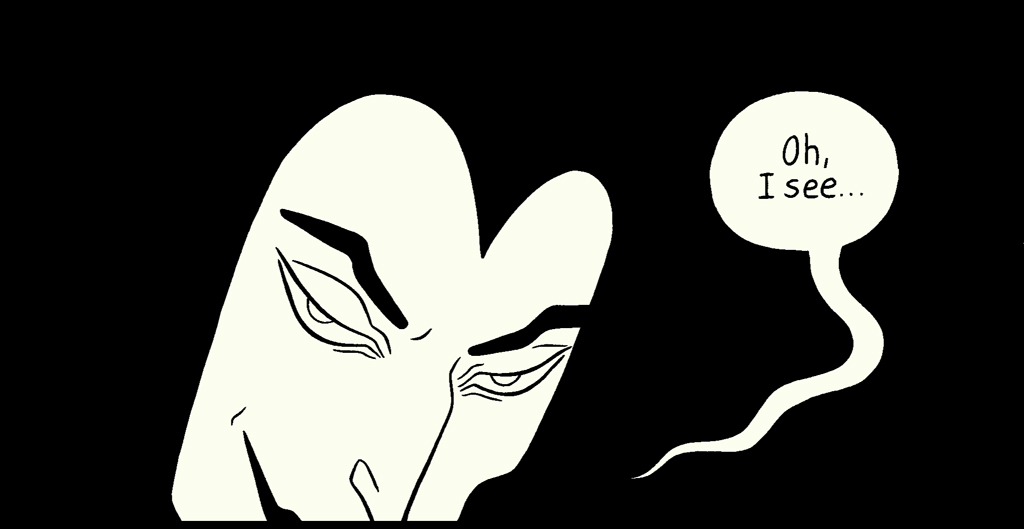 Panel from House of Women.
Finally, A Few Concluding Words:

Thanks for taking the time to peruse my page and a special thanks to those of you who have supported my work in the past by buying books and original art, hiring me, or sharing my work with your friends and family. I look forward to getting to know you—my most devoted readers—better in the years to come. 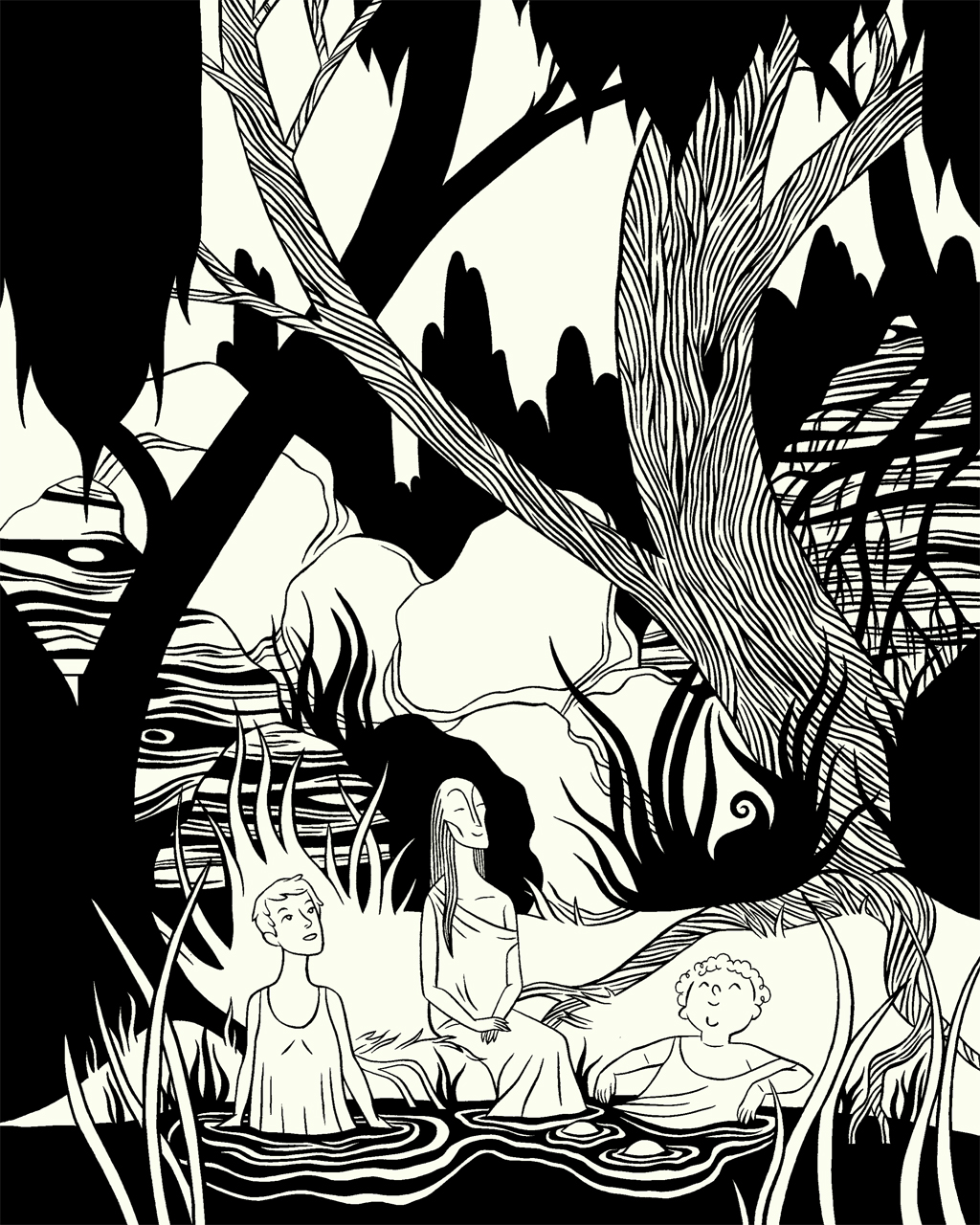 Page from House of Women.