Welcome to a brand new world. As a citizen of "Natura", you get access to:

It's all new, and open for you to explore. You're looking to see a little bit of everything. As a explorer of "Natura", you get access to:

You aim to leave a shining, burning legacy in this new world. As a Connoisseur of "Natura", you get access to:

G-Gao! We're SKY HOUR WORKS, a group of friends who make games and other personal projects together! Currently, our core team consists of

We aim to make a lot of unique, fun games with cool stories and/or cool types of media! With your help, we can host a community around all of this!

Right now, our current projects are...
UNCOVER NEW MYSTERIES IN RE: DECEIVED VOICE 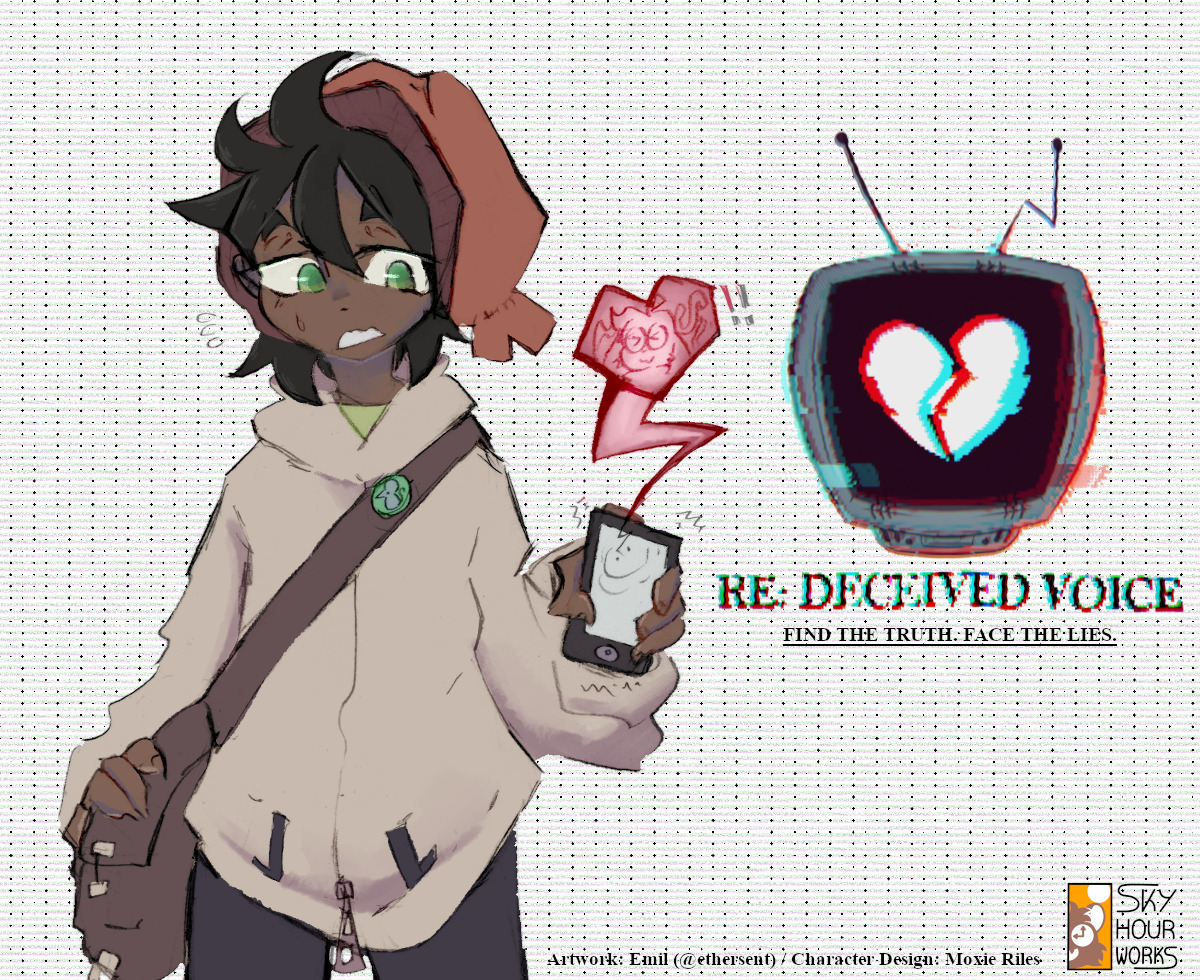 RE: DECEIVED VOICE, our latest game in the PROJECT NATURA series! With the help of a sentient A.I. program, explore a abandoned laboratory as a stranger burdened by endless questions and navigate through strange, out of the box problems in order to uncover the aftermath of the "Hayashi Labs Incident". Coming to PC at a unannounced date! (hopefully this year)

We've been keeping several projects under wraps, including a new non-PROJECT NATURA entry and several side-games that are being built (whenever we have the time for it). This is all stuff we unfortunately can't share right now, but hope to share more about

We plan on regularly rotating between core projects and small side-projects! They're very different in terms of scope and concept - although keep in mind that at the moment, only core games in the Natura series our being directly supported by patrons! However, without our patrons, it's hard to say any of our projects would had been possible - your support is what keeps us going!

You can check out our other games on Steam and itch.io, including SPACE / MECH / PILOT, 2ECONDS TO STARLIVHT, A NIGHTMARE'S TRIP, GARDEN FOR GATO, DECEIVED VOICE - WHISPER'S REDUX and PACK-CAT!

So, tell me more!
By joining us and pledging for us, you can help make the real-life side of our game projects easier.

WHY PATREON?
SKY HOUR WORKS' projects are all projects often made with little to no budget. While this will be a exception for RE: DECEIVED VOICE (which was acquired with the help of family friends), the budget we have will realistically not be enough to help cover the development of the game. The funds from this Patreon will specifically go towards everyone in the team to have the additional financial security (even if it's very minuscule) needed to work on these projects without worry.

The patreon pledges are split evenly between all developers currently working on both RE: DECEIVED VOICE, but this will often change depending on the projects and people involved with our games. (For example, everyone working on A NIGHTMARE'S TRIP received an equal patreon split throughout the development of the game). We will let you know how that will work for each project we work on!

A ticket to the world of Natura! Currently, Natura denizens could potentially get..

IN CLOSING
Thank you for your time! We hope to see you there...wait gaoma where are you going
Have any questions? Here's our FAQ: (link)

56% complete
Monthly SKY HOUR Livestreams! We'll put the team on for a night of game dev work and answer questions, chill with the Natura community, and more! We'll be able to also highlight on more projects beyond what's currently announced, just for these streams ;)
1 of 4