$2
per month
Join
$2 is the cost of a decent meal in most places I travel.

You'll receive access to my Patreon feed, patron-only updates regarding the journey, and advance notice of itinerary decisions & destination info

Pay for a Day's Ride

$5
per month
Join
$5 is the average cost per day when I'm riding the bike, living in my tent, & cooking for myself.

Receive rewards above, plus printable, high-res photo downloads from the journey in near-real time.


Any donations at this level or higher will receive discounts on any future Transglobalist.com merchandise featuring material created during this expedition.

$10
per month
Join
$10 is the estimated cost per month to keep me connected to you and able to upload stories & pics in near-real time.

Who I Am & What I Do
My name is Jim Bennett, The Transglobalist. Since 2012 my life has been dedicated to first-person encounters with some of the world's oldest, most fascinating cultures. Through my website and social media (Facebook, Instagram), many of you have come along for the ride as we cycled solo across Mongolia, trekked alone through Nepal's jungles, sampled Morocco's mountains and deserts, flew high above Turkey's Mediterranean coast, circumnavigated exotic Rajasthan, and otherwise improvised our way around the globe—into richly-storied lives and cultures quite different from our own, yet fundamentally the same.

After so many wonderful journeys, it was time to think...bigger.

Circumnavigating Africa by Bicycle
The African continent comprises twenty percent of the Earth's landmass in eight wildly diverse, unforgiving geographic regions. It hosts more than fifty countries, filled with thousands of ethnic groups and languages, awash in constantly shifting political realities. Africa's flora and fauna are legendary—with many predating the existence of homo sapiens. Africa is where human life began.

In December 2017, in the legendar city of Casablanca, I began my solo circumnavigation of the continent. We will be on the road together for a long time. Guided by curiosity, empathy, and wonder, we will immerse ourselves in Africa's vast majesty, serving tirelessly as ambassadors of good will.

Your role in all of this? Follow along from home with a huge smile, and an open mind and heart, recognizing yourself in the Other. Thanks for your interest, and welcome to the Transglobalist.com team. 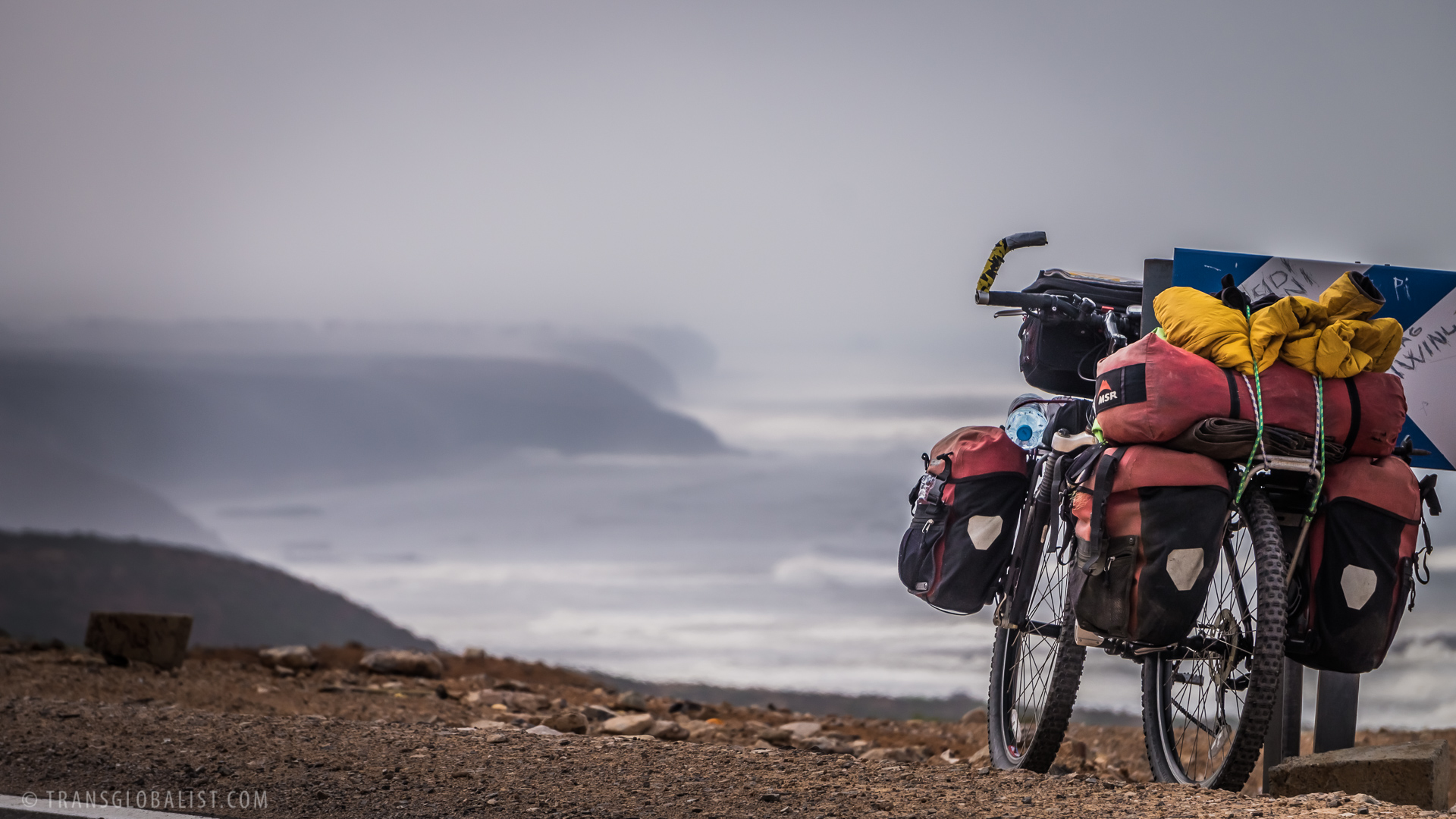 
Why Patreon?
Unlike other crowdfunding models, Patreon works on a month-by-month basis. Instead of contributing a large, one-time amount up front, you support the expedition with a smaller monthly amount, only when I am in the middle of the action. While I provide you with access to the many worlds of Africa, you have the opportunity to support my efforts, and help produce the photographs and stories you have come to appreciate throughout Nepal, India, Mongolia et al.

If for any reason I have to suspend or end the expedition, payments will automatically be suspended or stopped!
How Does It Work?
Click on "Become a Patron," choose a reward level, and enter an amount in the box. You will need to enter your details, and once each month during the expedition only, you'll be charged that amount. If you aren't already familiar with my work, look through my travelogues to see what sorts of photographs and stories you can expect.

How often will payments be made?
Once each month, on the first day of the month, with no additional effort on your part beyond the initial setup. You can opt out at any time, and I will automatically suspend payments if for some reason I must take time off or suspend the journey.

$638.88 of $850 per month
The approximate cost of living on the road each month, assuming a mix of living on the bicycle, ultra-budget rooms in small towns, and an occasional big-city (cheap) guest house for rest, recuperation, resupply, blog updates, and photo uploads. It also accommodates occasional necessities like medical visits, mechanical issues with the bike, and ongoing expenses like website hosting and my Adobe subscription for Lightroom and Photoshop.

This estimate is based on eight years' experience living in Nepal, India, West Africa, and Mongolia (on the bike and off), and extensive travels through China and Turkey.

Recent posts by The Transglobalist