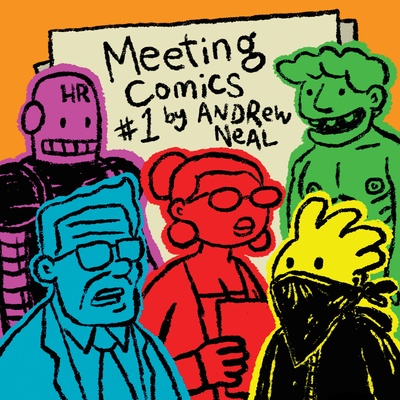 Welcome to your new job.

- EXCLUSIVE ACCESS TO COMICS AND COMMENTARY! Comics are posted on Patreon every Monday, Wednesday, and Friday, a week before they go live elsewhere. I also post commentary about the comics that is unavailable elsewhere. 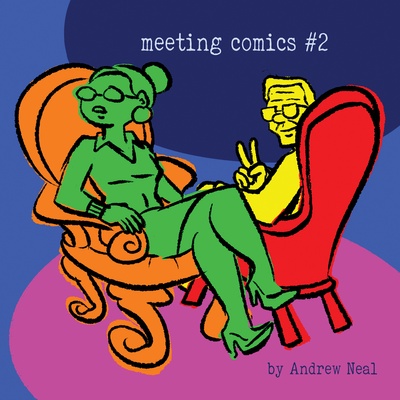 You work in IT or something. You prefer digital goods to good old fashioned paper, and are very smug about it. For this reason you very much enjoy reading Meeting Comics on a screen.

- You get a digital copy of each new Meeting Comics issue every two months or so. This differs from the comics posted online in that it includes covers, letters, intros, and the comics have been cleaned up and occasionally retouched  for print. 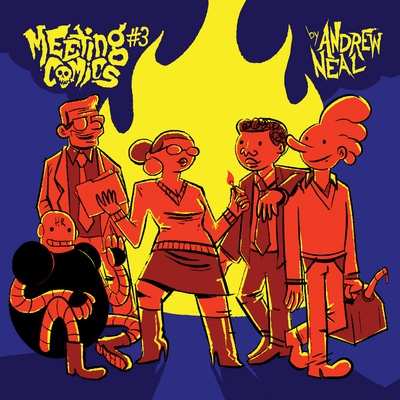 Congratulations on your new full-time position.

- All Meeting Comics will be collected in minicomic form. Junior Partners located in the USA will receive each minicomic in the mail.  How frequently will that be? Approximately every two months.

-  You also get the digital editions of Meeting Comics, just like the $3 tier.

I also publish Meeting Comics in print form. Here are some covers!

I have also sent other treats to patrons at the $5 level, though I don't mention these in the tier listings because I don't know what they will be or when I will send them. I have send stickers, keychains, and zines and comics that don't fit into the regular Meeting Comics series. You can buy these things though my webstore but $5+ patrons got them at no additional cost.

If you choose not to subscribe via patreon, you can buy the print comics through my webstore, or buy digital copies through my gumroad store.

This patreon includes lots of material that I don't post anywhere else. Most comic posts include some kind of discussion about the process. Though most Meeting Comics design and art happens on the page of the actual comics that I draw, sometimes I'll have sketches, failed attempts at comics, or character design pages to show.

Thanks! Your support means a lot!