Creating an online museum for the Worlds of ZZT

Full details on the whats and whys of this project can be found at: https://pokyfriends.com/blog/20/worlds-of-zzt-patreon

Hello, I'm Dr. Dos, the creator of Worlds of ZZT. ZZT was what got me interested in programming as a child, and I've been playing, making, and studying ZZT worlds for nearly 20 years. 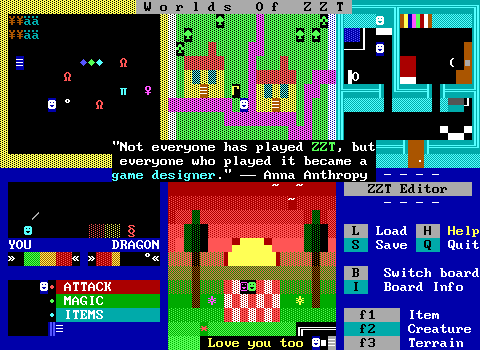 This Patreon account goes towards funding the preservation and curation of ZZT and its community.


If you have an interest in making sure that ZZT is preserved for the ages, your pledge can go a long way!